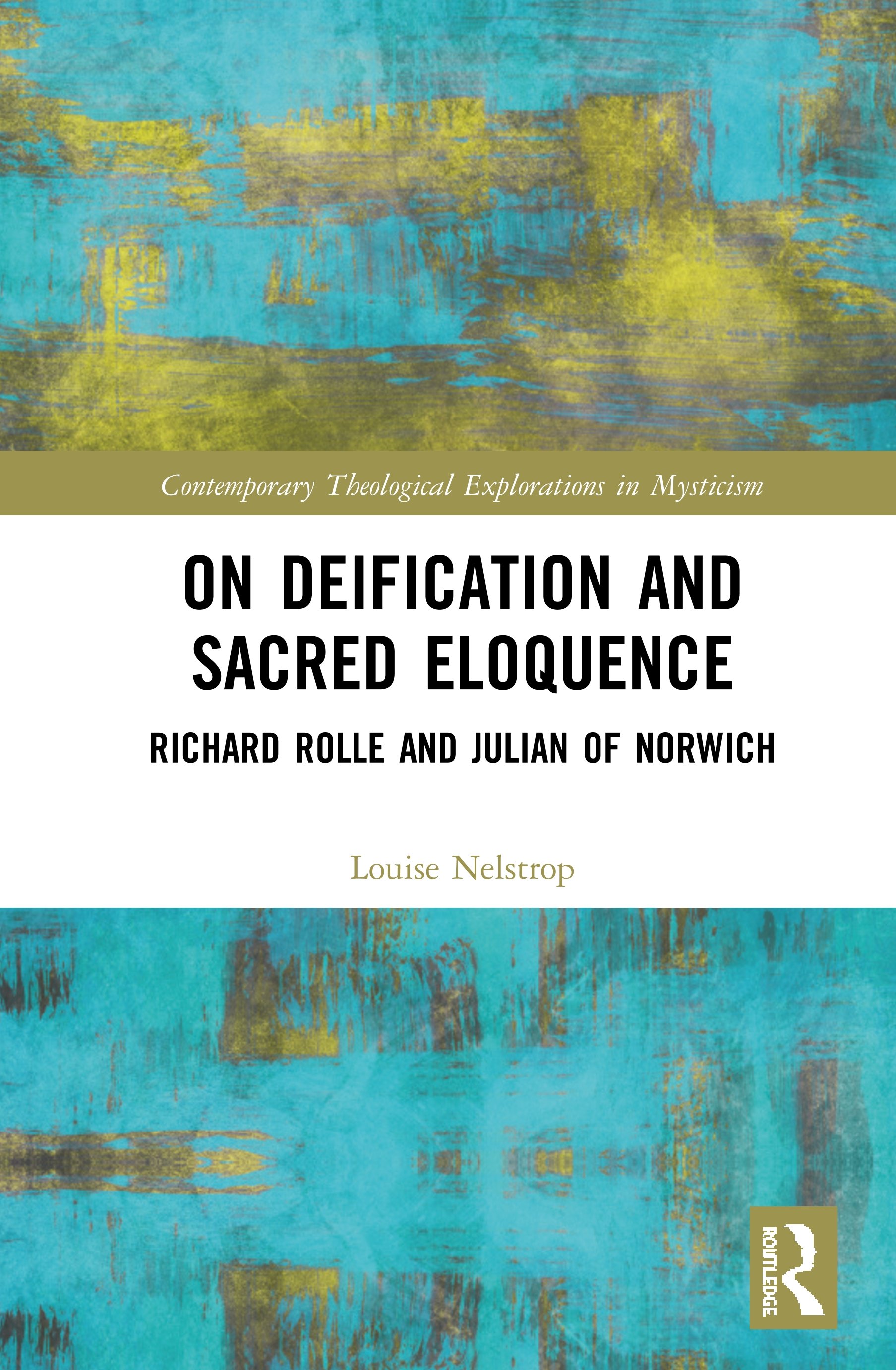 On Deification and Sacred Eloquence

This book considers the place of deification in the writings of Julian of Norwich and Richard Rolle, two of the fourteenth-century English Mystics. It argues that, as a consequence of a belief in deification, both produce writing that is helpfully viewed as sacred eloquence.

The book begins by discussing the nature of deification, employing Norman Russell’s typology. It explores the realistic and ethical approaches found in the writings of several Early Greek Fathers, including Irenaeus of Lyons, Cyril of Alexandria, Origen, and Evagrius Ponticus, as well as engaging with the debate around whether deification is a theological idea found in the West across its history. The book then turns its attention to Julian and Rolle, arguing that both promote forms of deification: Rolle offering a primarily ethical approach, while Julian’s approach is more realistic. Finally, the book addresses the issue of sacred eloquence, arguing that both Rolle and Julian, in some sense, view their words as divinely inspired in ways that demand an exegetical response that is para-biblical.

Offering an important perspective on a previously understudied area of mysticism and deification, this book will be of interest to scholars of mysticism, theology, and Middle English religious literature.

‘Deification has emerged as a major topic in Christian theology in recent decades—not a new creation, but a re-discovery of what was already there. Orthodox Christianity has long insisted on the centrality of deification, but studies such as Louise Nelstrop’s On Deification and Sacred Eloquence demonstrate its importance in the West as well. On the basis of a masterful summary of current studies on deification, Nelstrop adds a new chapter to this ongoing theological recovery: the first in depth study of how important deification was to two of the great English mystics. This is a book that will change the way we look at Late Medieval English mysticism.’ — Bernard McGinn, Naomi Shenstone Donnelley Professor Emeritus, University of Chicago Divinity School, USA

‘In recent decades, we have come to understand that the theme of deification is much more important in Western theology than was previously thought. Louise Nelstrop's book offers a stimulating contribution by exploring two medieval English authors from this perspective. This exploration shows that both Richard Rolle and Julian of Norwich have their own distinct and important place in the history of Western thought on deification.’ — Rob Faesen, KU Leuven, Belgium and Ruusbroec Institute, University of Antwerp, Belgium

‘Louise Nelstrop’s new book is both scholarly and invigorating, shedding important new light on Richard Rolle and Julian of Norwich, two well-known figures from the pantheon of English Medieval Mystics. The analyses of Rolle and Julian are exemplary in their attention to detail and careful teasing out of their argument and its implications. Remaining careful throughout to clarify that a belief in deification is by no means always associated with heterodoxy, Nelstrop’s book does important work in redeeming an oft-misunderstood concept, and in justifying its position in Western Christian thought. Viewing Rolle and Julian from an original and challenging angle, while combining literary and theological perspectives, she does much to lay the ground for future research in this area.’ — Annie Sutherland, Rosemary Woolf Fellow, Somerville College and Associate Professor of English, University of Oxford, UK

Louise Nelstrop is a Lecturer at York St John University and a College Lecturer at Saint Benet’s Hall, Oxford, both UK. She specializes in the English mystics. In addition to several articles, she co-authored Christian Mysticism: An Introduction to Contemporary Theoretical Perspectives (2009) with Kevin Magill and Bradley B. Onishi. She has also co-edited a number of volumes for the Routledge Series Contemporary Theological Explorations in Mysticism. She is co-convener (with John Arblaster and Simon D. Podmore) of the Mystical Theology Network.

Although the primary focus of the series is the Christian tradition, exploration of texts from other traditions also highlight the theological, psychological and philosophical questions that Christian mysticism brings to the fore.