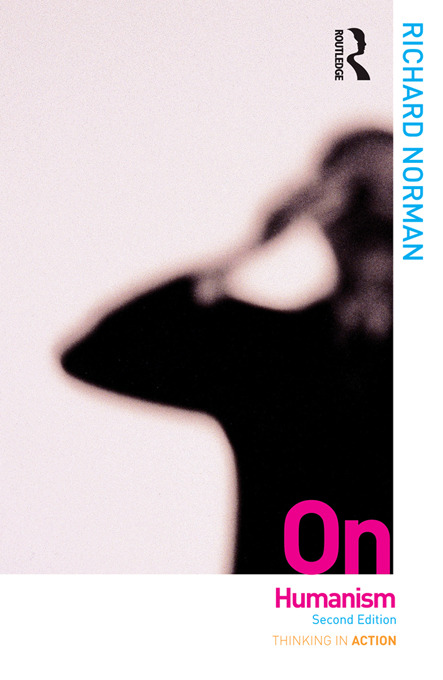 What is humanism and why does it matter? Is there any doctrine every humanist must hold? If it rejects religion, what does it offer in its place? Have the twentieth century’s crimes against humanity spelled the end for humanism?

On Humanism is a timely and powerfully argued philosophical defence of humanism. It is also an impassioned plea that we turn to ourselves, not religion, if we want to answer Socrates’ age-old question: what is the best kind of life to lead? Although humanism has much in common with science, Richard Norman shows that it is far from a denial of the more mysterious, fragile side of being human. He deals with big questions such as Darwinism and ‘creation science’, matter and consciousness, euthanasia and abortion, and then argues that it is ultimately through the human capacity for art, literature and the imagination that humanism is a powerful alternative to religious belief.

This revised second edition includes a new chapter on the debates between ‘the New Atheists’ such as Richard Dawkins and Christopher Hitchens and their religious critics, asking why the two sides in the debate so often seem to be talking past one another, and suggesting how the conversation could be made more fruitful.

Richard Norman is a committed humanist and the author of many books including The Moral Philosophers and Ethics, Killing and War. He was formerly Professor of Philosophy at the University of Kent, Canterbury

'This outline of the humanist philosophy of life by Richard Norman is first class. It covers the history, philosophy, morality and meaning of humanism with extreme clarity … a book of great lucidity, considerable thought and grace.' - New Humanist

'Balanced presentations like this are indeed welcome … This is a good book: a book to make one think. It is enjoyable as such, but it might also be included as a reading for a Philosophy of Religion course.' - Philosophical Investigations

'A lucid account of humanism which combines the virtues of a fairly balanced discussion and a passionate polemic. It deserves to become humanism's unofficial manifesto - the only kind a freethinking movement can have.' - Julian Baggini, author of Atheism: A Very Short Introduction

1. Introduction 2. Why Science Undermines Religion 3. What's So Special About Human Beings? 4. Morality in a Godless World 5. The Meaning of Life and the Need for Stories 6. The ‘God Debate’: Dead End or Dialogue? Postscript: Organised Humanism. Notes. Index

Richard Norman is Emeritus Professor of Moral Philosophy at the University of Kent, UK. His work has been mainly in the areas of ethics and political philosophy.