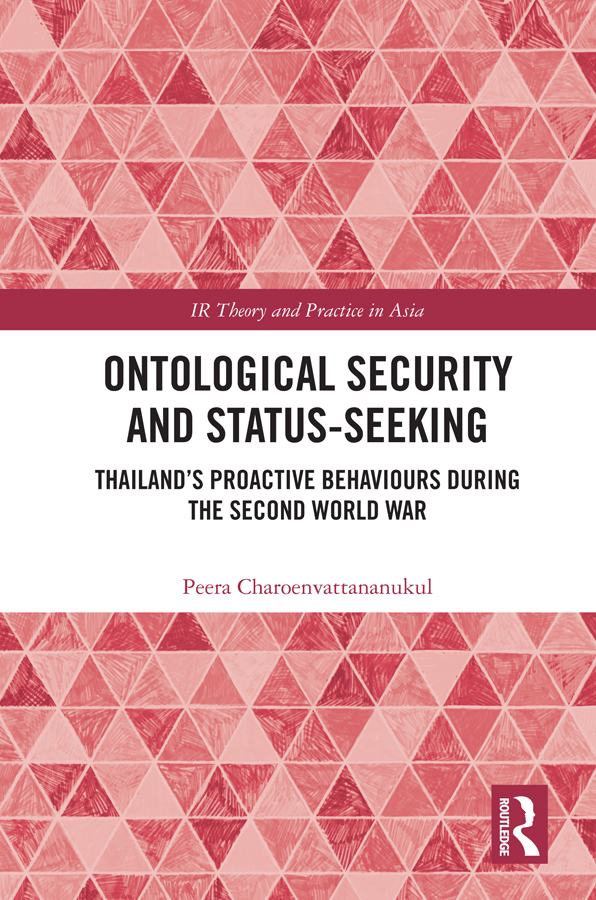 How and why was it possible for a small state such as Thailand to challenge great powers France and Japan during the Second World War?

Putting ontological security theory into dialogue with status seeking approaches, Charoenvattananukul uses a case study of Thailand in the early 1940s to interrogate the dynamics and logic of a small state foreign policy. During this period, Thailand’s foreign policy can appear to be surprising, if viewed through a lens of survival imperatives which would assume that passivity towards more powerful states is the optimal policy. As the majority of states are small- and medium-sized it is very important to understand the imperatives that drive such states, especially in their interactions with great powers.

In applying these frameworks to a small state, this book makes a unique and valuable contribution to the field of international relations theory. It will also be of great interest to scholars of twentieth century Thai history and of the Pacific Theatre of the Second World War.

Note on Names and Transcription

PART I: INTRODUCTION AND THEORY

PART II: THE ORIGINS OF THAILAND’S SENSE OF ONTOLOGICAL INSECURITY

3. CHAPTER 3 LATECOMER: SIAM AND THE QUEST FOR CIVILISATION

Peera Charoenvattananukul is a lecturer in the Department of International Affairs at the Faculty of Political Science, Thammasat University, Thailand

IR Theory and Practice in Asia

This series will publish philosophical, theoretical, methodological and empirical work by prominent scholars, as well as that of emerging scholars, concerned with IR theory and practice in the context of Asia. It will engage with a wide range of issues and questions ranging from meta-theoretical underpinnings of existing Western-oriented IR theories to ways of theorising Asian histories and cultures.

What are we looking for?

While we are open to any exciting ideas for edited, single or co-authored work, we are currently inviting book proposals which intend to address the following areas:

More specifically, the questions the series is interested in include (but are not limited to) the following:

If you have an idea for a new book in IR Theory and Practice in Asia, please send a written proposal to the Series Editors: