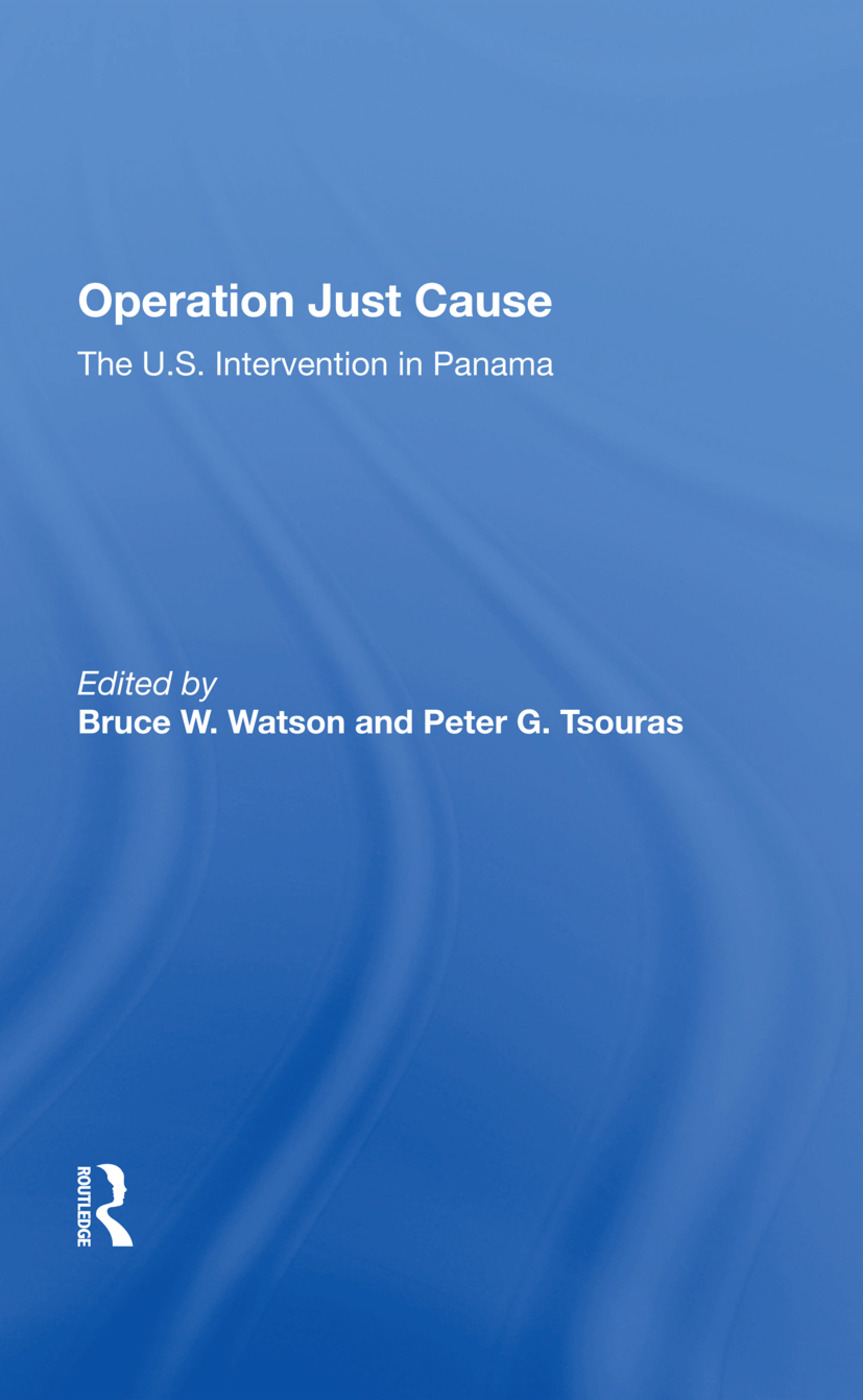 This book offers one of the first comprehensive academic views on Just Cause, the December 1989 U.S. military intervention in Panama. It presents excellent positions for the reader to consider and give a comprehensive view of all of the factors and events that prompted the operation.

Preface -- The Background (1905–1988) -- Panama’s Policy Toward the United States: Living with Big Brother -- When All the Old Bills Came Due: The Development of U.S.-Panamanian Relations Through 1989 -- The Role of Drugs in the U.S.-Panamanian Relationship -- The Prelude -- Indications and Warning Factors -- The Operation -- The Anatomy of Just Cause: The Forces Involved, the Adequacy of Intelligence, and Its Success as a Joint Operation -- Command, Control, Communications, and Intelligence (C3I) Factors -- Assessing the Role of Air Power -- The Adequacy of Logistic Support -- Civil Affairs Operations -- Assessing Press Access to Information -- The Aftermath -- The Future U.S. Role in Panama -- The International Implications -- Summary and Conclusions

"Bruce W. Watson served as a naval intelligence officer for twenty-two years. He currently is associated with the University of Virginia, and serves as an Adjunct Professor at George Mason University, the Defense Intelligence College, and the University of Maryland. He is a free lance writer and consultant on defense matters. He has served as Vice Chairman and as Chairman, Comparative Foreign Policy Section, International Studies Association, and is a Professor Emeritus at the Defense Intelligence College. The author of

, he has coedited three books on the Soviet Navy, has written several articles on the subject, and has written or coedited seven other books on defense and national security matters. Dr. Watson has just completed writing a comprehensive study of sea power since World War II, is writing a second book on Soviet naval operations, and is the editor-in-chief of the Garland encyclopedia series on military affairs. Peter G. Tsouras is an analyst at the U.S. Army Intelligence and Threat Analysis Center, Washington, D.C. He has written extensively on Soviet naval matters, contributing to two Westview studies on the subject. He is also the author of an incisive series of articles on Russian military history. He is currently writing a comprehensive study of ground-based military power since World War II, has just completed coediting an encyclopedia on U.S. Army terminology with Bruce Watson, and will soon begin a series of studies on German military strategy in World War II."