While there are many books on advanced control for specialists, there are few that present these topics for nonspecialists. Assuming only a basic knowledge of automatic control and signals and systems, Optimal and Robust Control: Advanced Topics with MATLAB® offers a straightforward, self-contained handbook of advanced topics and tools in automatic control.

Techniques for Controlling System Performance in the Presence of Uncertainty

The book deals with advanced automatic control techniques, paying particular attention to robustness—the ability to guarantee stability in the presence of uncertainty. It explains advanced techniques for handling uncertainty and optimizing the control loop. It also details analytical strategies for obtaining reduced order models. The authors then propose using the Linear Matrix Inequalities (LMI) technique as a unifying tool to solve many types of advanced control problems.

This easy-to-read text presents the essential theoretical background and provides numerous examples and MATLAB exercises to help the reader efficiently acquire new skills. Written for electrical, electronic, computer science, space, and automation engineers interested in automatic control, this book can also be used for self-study or for a one-semester course in robust control.

Luigi Fortuna is a Full Professor of System Theory at the University of Catania, Italy. He was the coordinator of the courses in electronic engineering and Head of the Dipartimento di Ingegneria Elettrica Elettronica e dei Sistemi (DIEES). Since 2005, he has been the Dean of the Engineering Faculty. He currently teaches complex adaptive systems and robust control. He has published more than 450 technical papers and is the coauthor of ten scientific books. His scientific interests include robust control, nonlinear science and complexity, chaos, cellular neural networks, soft-computing strategies for control and robotics, micronanosensor and smart devices for control, and nanocellular neural networks modeling. Dr. Fortuna is an IEEE Fellow.

Mattia Frasca received his PhD in Electronics and Automation Engineering in 2003, at the University of Catania, Italy. Currently, he is a research associate at the University of Catania, where he also teaches systems theory. His scientific interests include robust control, nonlinear systems and chaos, cellular neural networks, complex systems, and bio-inspired robotics. He is involved in many research projects and collaborations with industries and academic centers. He is also a referee for many international journals and conferences. Dr. Frasca was on the organizing committee of the 10th Experimental Chaos Conference and was co-chair of the 4th International Conference on Physics and Control. He is the coauthor of three research monographs, has published more than 150 papers in refereed international journals and international conference proceedings, and is the coauthor of two international patents. He is also a Senior Member of IEEE.

For more information on Dr. Frasca’s work, see his web page at the University of Catania.

"This textbook deals with advanced topics from optimal and robust control and presents these topics in particular for non specialists. ... The book is well-written and provides a self-contained overview about advanced topics in optimal and robust control. It is in particular written for electrical, electronic, computer science, space and automatic engineers interested in automatic control."
—Birgit Jacob (Wuppertal), Zentralblatt MATH, 1248 — 1 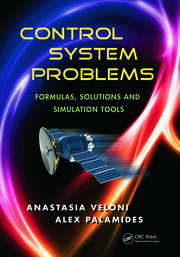