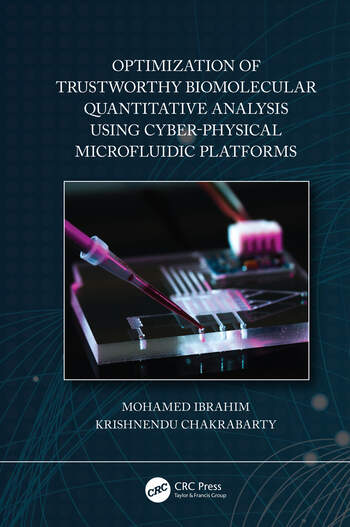 A microfluidic biochip is an engineered fluidic device that controls the flow of analytes, thereby enabling a variety of useful applications. According to recent studies, the fields that are best set to benefit from the microfluidics technology, also known as lab-on-chip technology, include forensic identification, clinical chemistry, point-of-care (PoC) diagnostics, and drug discovery. The growth in such fields has significantly amplified the impact of microfluidics technology, whose market value is forecast to grow from $4 billion in 2017 to $13.2 billion by 2023. The rapid evolution of lab-on-chip technologies opens up opportunities for new biological or chemical science areas that can be directly facilitated by sensor-based microfluidics control. For example, the digital microfluidics-based ePlex system from GenMarkDx enables automated disease diagnosis and can bring syndromic testing near patients everywhere.

However, as the applications of molecular biology grow, the adoption of microfluidics in many applications has not grown at the same pace, despite the concerted effort of microfluidic systems engineers. Recent studies suggest that state-of-the-art design techniques for microfluidics have two major drawbacks that need to be addressed appropriately: (1) current lab-on-chip systems were only optimized as auxiliary components and are only suitable for sample-limited analyses; therefore, their capabilities may not cope with the requirements of contemporary molecular biology applications; (2) the integrity of these automated lab-on-chip systems and their biochemical operations are still an open question since no protection schemes were developed against adversarial contamination or result-manipulation attacks. Optimization of Trustworthy Biomolecular Quantitative Analysis Using Cyber-Physical Microfluidic Platforms provides solutions to these challenges by introducing a new design flow based on the realistic modeling of contemporary molecular biology protocols. It also presents a microfluidic security flow that provides a high-level of confidence in the integrity of such protocols. In summary, this book creates a new research field as it bridges the technical skills gap between microfluidic systems and molecular biology protocols but it is viewed from the perspective of an electronic/systems engineer.

Mohamed Ibrahim was a Visiting Scholar with the Technical University of Munich, Germany, and the University of Bremen, Germany. He spent a total of three years as a Research and Development Engineer in the semiconductor industry where he worked on design-for-test and post-silicon validation methodologies for several system-on-chip (SoC) designs. His current research interests include SoC design and embedded systems, electronic design automation of LOC systems, Internet-of-Bio-Things, security and trust of bio-systems, and machine-learning applications of bio-systems. Dr. Ibrahim was a recipient of the Best Paper award at the 2017 IEEE/ACM Design, Automation, and Test in Europe Conference, the 2017 Postdoc Mobility award from the Technical University of Munich, Germany, two ACM conference travel awards from ACM-SIGBED in 2016 and ACM-SIGDA in 2017, and Duke Graduate School Fellowship in 2013.