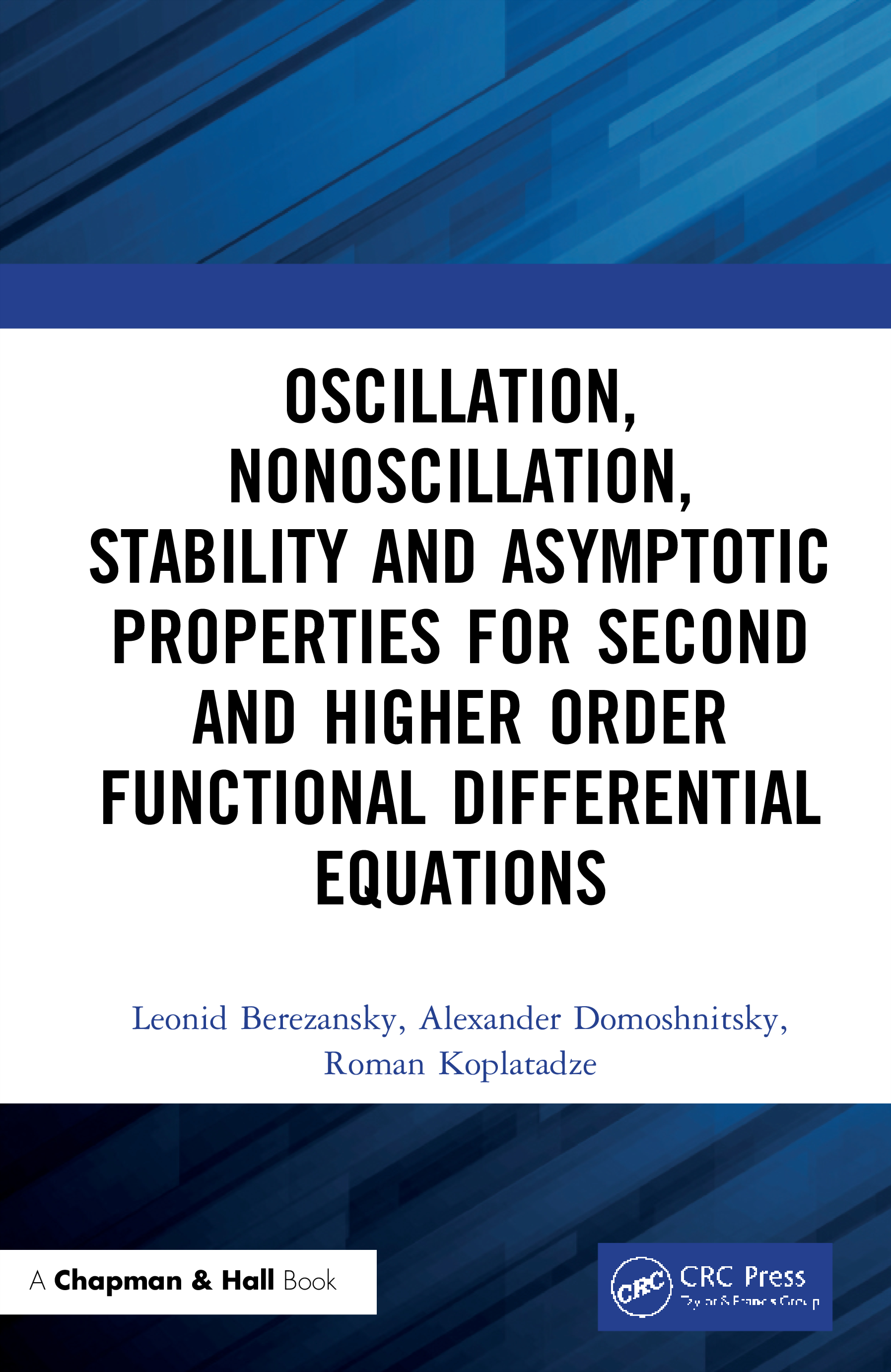 Asymptotic properties of solutions such as stability/ instability,oscillation/ nonoscillation, existence of solutions with specific asymptotic, maximum principles present a classical part in the theory of higher order functional differential equations. The use of these equations in applications is one of the main reasons for the developments in this field. The control in the mechanical processes leads to mathematical models with second order delay differential equations. Stability and stabilization of second order delay equations are one of the main goals of this book. The book is based on the authors’ results in the last decade.

Leonid Berezansky studied mathematics at Novosibirsk State University, USSR. In 1980, he received Ph.D. degree on Mathematics, at the Institute of Mathematics and Mechanics of the Academy of Sciences of Kazakhstan, Alma-Ata and, in 1991, a Doctor of Science degree at the Institute of Mathematics Academy of Science of USSR, Sverdlovsk with the thesis, Existence of Solutions and Stability of Linear Functional Di erential Equations. In 1991- 1992 he was a full-professor at the Novosibirsk Water Transport Institute, USSR. In 1993 he got a professor tenure (Kameya Programm) at Ben-Gurion University of the Negev, now retired. He is the author of one monograph and more then 150 papers on mathematics and an associate editor in several scientific journals.

Senior Lecturer and Dozent (associated Professor) of Perm Polytechnical Institute, Perm, USSR. In 1998-2009, he was Senior Lecturer and Associated Professor of Department of Mathematics and Computer Sciences, Ariel University Center of Samaria, Ariel, Israel. Since 2009 he is Full Professor of Department of Mathematics, Ariel University, Ariel, Israel. He is the author of one monograph and more that 120 papers om mathematics. He is associated editor in several scientific journals.