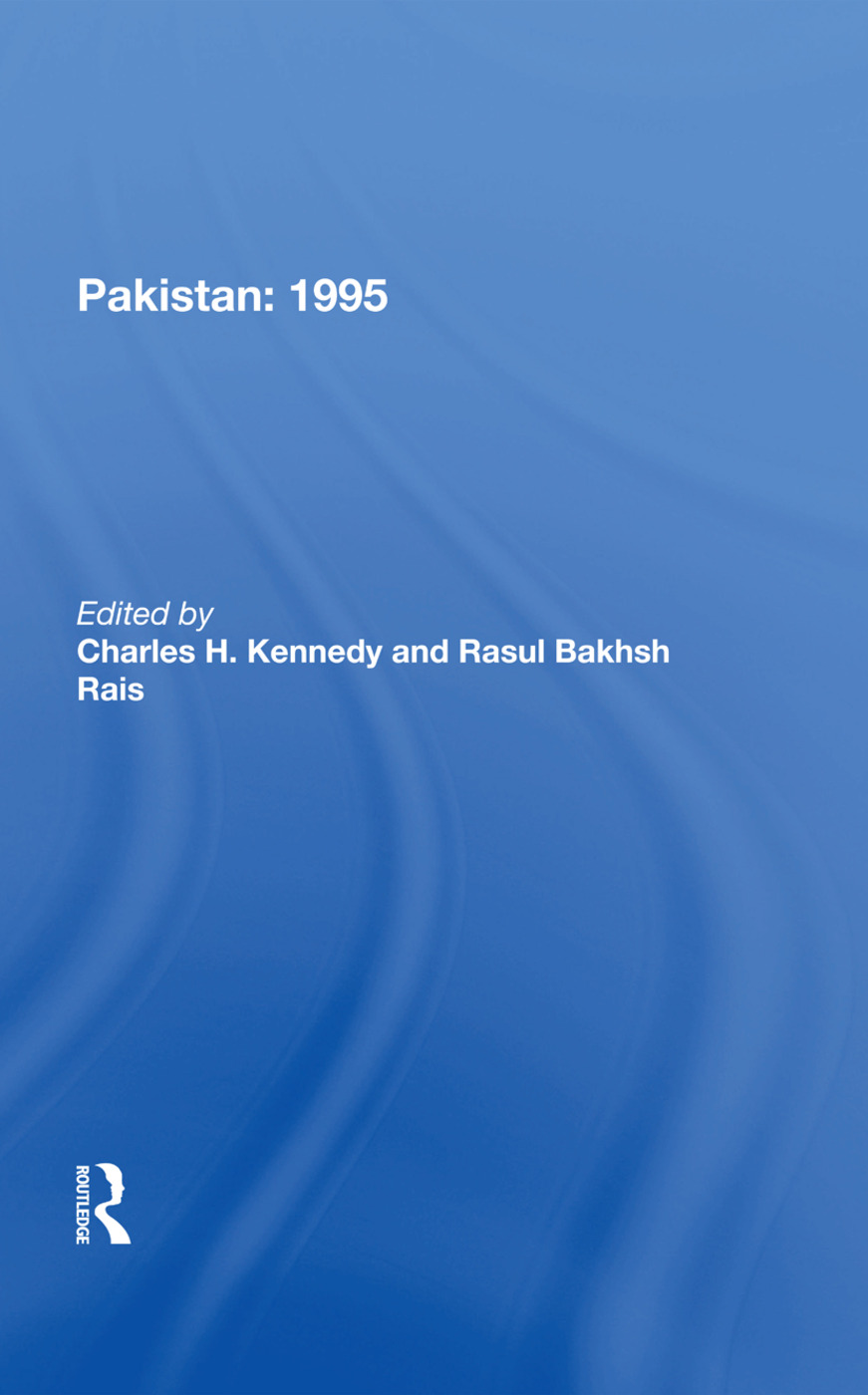 "Pakistan: 1995 is the second volume of a series of biennial assessments of contemporary events and issues in Pakistan affairs published by Westview Press in affiliation with the American Institute of Pakistan Studies. The first volume in this series was Charles H. Kennedy, ed., Pakistan: 1992 (1993). In general this series covers issues relevant to Pakistan's domestic politics, foreign policy, and economy. Pakistan: 1995 also examines issues relevant to ethnic conflict, the status of women, the military, JsJamization, the judiciary, privatization policy, and nuclear issues. Each of the contributors to this volume is a specialist on Pakistan, and each has had recent research experience in the state relevant to their respective contribution."

Charles H. Kennedy received his Ph.D. in political science from Duke University in 1979. He has taught at Duke, the University of North Carolina at Greensboro, Bowdoin College, the University of Pittsburgh’s Semester at Sea Program, and since 1985 at Wake Forest University. He is currently professor in the Department of Politics and Director of the American Institute of Pakistan Studies. He has made numerous trips to South Asia, where his field research has focused on Pakistan, Bangladesh, and India. Kennedy has published extensively on the politics of Pakistan. He is the author or editor of Pakistan: 1992 (Westview, 1993); Government and Politics in South Asia (Westview, 1993, 1991, 1987); Bureaucracy in Pakistan (Oxford, 1987); Civil Military Interaction in Asia and Africa (EJ Brill, 1991); and Ethnic Preference and Public Policy in Developing States (Rienner, 1986). He is also a frequent contributor to academic journals. He resides in Winston-Salem with his wife, Patricia Poe, and three children. Rasul Bakhsh Rais received his Ph.D. in political science from the University of California, Santa Barbara in 1981. He has taught at the University of Punjab, the University of California at Santa Barbara, Quaid-i-Azam University and Columbia University. He is currently associate professor in the Department of International Relations, Quaid-i-Azam University and Director of the Area Studies Centre at Quaid-i-Azam University. He has held postdoctoral fellowships at the University of California, Berkeley and at Harvard University. Rais has published extensively on topics relevant to Pakistan and Asia. He is the author or editor of War Without Winners: Afghanistan’s Uncertain Transition After the Cold War (Oxford, 1994); The Indian Ocean and the Superpowers: Economic, Political and Strategic Perspectives (Croom Helm, 1986); and China and Pakistan (Progressive, 1977). He is also a frequent contributor to academic journals. He lives in Islamabad with his wife, Khalida, and three children.