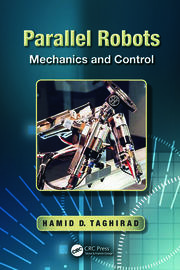 Parallel structures are more effective than serial ones for industrial automation applications that require high precision and stiffness, or a high load capacity relative to robot weight. Although many industrial applications have adopted parallel structures for their design, few textbooks introduce the analysis of such robots in terms of dynamics and control. Filling this gap, Parallel Robots: Mechanics and Control presents a systematic approach to analyze the kinematics, dynamics, and control of parallel robots. It brings together analysis and design tools for engineers and researchers who want to design and implement parallel structures in industry.

Covers Kinematics, Dynamics, and Control in One Volume

The book begins with the representation of motion of robots and the kinematic analysis of parallel manipulators. Moving beyond static positioning, it then examines a systematic approach to performing Jacobian analysis. A special feature of the book is its detailed coverage of the dynamics and control of parallel manipulators. The text examines dynamic analysis using the Newton-Euler method, the principle of virtual work, and the Lagrange formulations. Finally, the book elaborates on the control of parallel robots, considering both motion and force control. It introduces various model-free and model-based controllers and develops robust and adaptive control schemes. It also addresses redundancy resolution schemes in detail.

Analysis and Design Tools to Help You Create Parallel Robots

In each chapter, the author revisits the same case studies to show how the techniques may be applied. The case studies include a planar cable-driven parallel robot, part of a promising new generation of parallel structures that will allow for larger workspaces. The MATLAB® code used for analysis and simulation is available online. Combining the analysis of kinematics and dynamics with methods of designing controllers, this text offers a holistic introduction for anyone interested in designing and implementing parallel robots.

Introduction
What Is a Robot?
Robot Components
Robot Degrees-of-Freedom
Robot Classification
The Aims and Scope of This Book

Hamid D. Taghirad is currently a professor with the Faculty of Electrical and Computer Engineering, Department of Systems and Control, and the founder of the Advanced Robotics and Automated System (ARAS) at K.N. Toosi University of Technology, Tehran, Iran. He has been involved in numerous robotics industrial projects on the design and implementation of industrial robots, robotic cells, and currently on an industrial cable-driven parallel manipulator. He has also participated in joint international collaborations in the field of robotics. Dr. Taghirad was the founder and a member of the board of the Iranian Society of Mechatronics (ISM) and is currently a member of the board of the Iranian Robotics Society (IRS), editor in chief of Mechatronics Magazine, and a member of the editorial board of the International Journal of Robotics: Theory and Application. He also served as an organizing committee member of many international conferences, including the International Conference on Robotics and Mechatronics (ICRoM). His publications include five books and more than 190 papers in peer-reviewed international journals and conference proceedings. 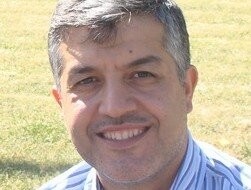