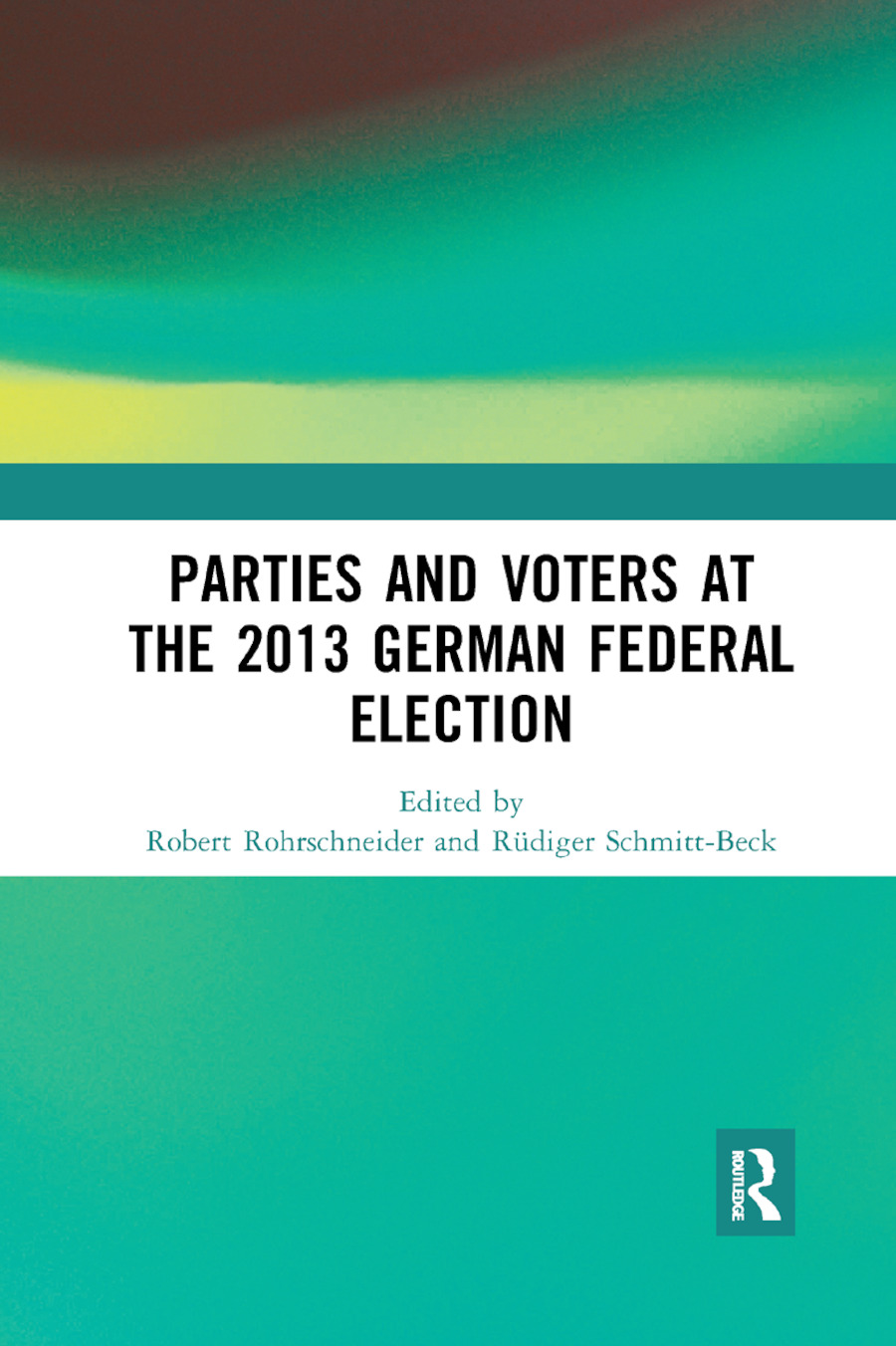 Parties and Voters at the 2013 German Federal Election

The 2013 federal election in Germany took place amidst considerable uncertainty over the EU’s economic crisis. Financial rescue packages for several countries required the provision of huge sums. Some EU-members barely avoided the economic abyss. Germany, however, was spared much of the hardship as her economy produced record-levels of employment, exports boomed, and German state coffers began to see a budget surplus. Against this backdrop, this book examines the choices offered to voters by parties, and publics’ decision calculus. How did Germany’s voter evaluate economic conditions and the Euro crisis? For example, is there a demand for a new party representing the rising EU-skeptical sentiments? How did long-term developments such as the weakening party-voter ties affect the election outcome? What programs did parties offer to voters in the election? The book brings together several leading experts of German and European politics to address these questions. The chapters were originally published as a special issue in German Politics.

Introduction: Parties and Voters at the 2013 German Federal Election

2.An ‘Angela Merkel Effect’? The Impact of Gender on CDU/CSU Voting Intention between 1998 and 2013

3. Another Dog that didn’t Bark? Less Dealignment and more Partisanship in the 2013 Bundestag Election

4.Merkwürdig oder nicht? What Economic Voting Models and the 2013 Bundestag Elections Have to Say about Each Other

5.Party Positions about European Integration in Germany: An Electoral Quandary?

6.Instrumental and Expressive Coalition Voting: The Case of the FDP in the 2009 and 2013 German Federal Elections

7. The ‘Alternative für Deutschland in the Electorate’: Between Single-Issue and Right-Wing Populist Party

8. If You Don’t Know Me by Now: Explaining Local Candidate Recognition

Robert Rohrschneider is Sir Robert Worcester Professor of Political Science at the University of Kansas, USA.

Rüdiger Schmitt-Beck is Professor of Political Science and Political Sociology at the University of Mannheim, Germany. He is chairperson of the German Society for Electoral Research (DGfW) and one of the principal investigators of the German Longitudinal Election Study (GLES).