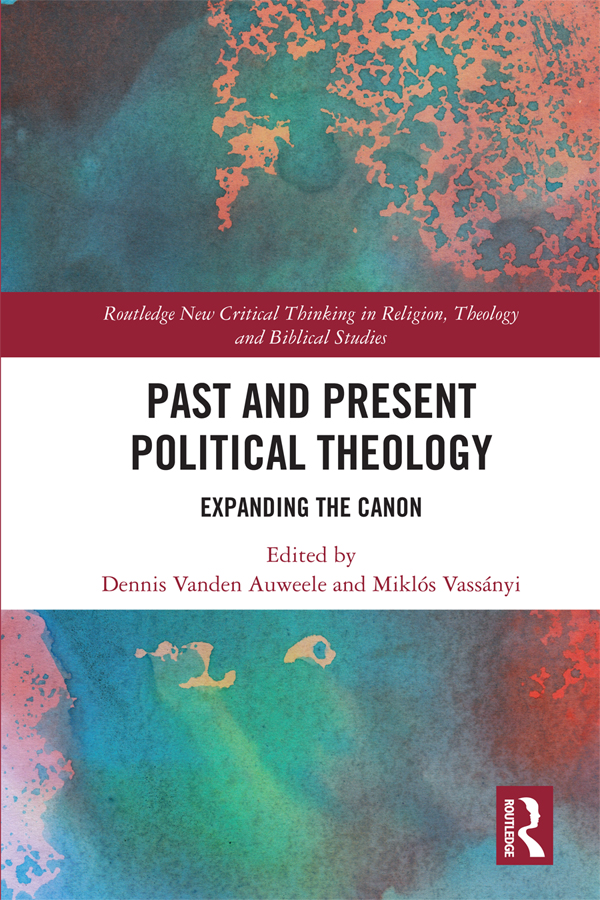 Past and Present Political Theology

This book demonstrates how discussions of Political Theology have been a constant feature throughout philosophical modernity and that they continue to impact contemporary political debates. By tracing the historical roots and detailing the contemporary outworking of Political Theology in Europe, it contends that this growing field requires a broader "canon" in order for it to mature.

Political Theology is shown here to be about the diversity of relationships between religious beliefs and political orientations. First engaging with historical debates, chapters re-examine the relationship between personal conviction and societal orientation on such topics as the will to believe, evil, individualism, the relationship between church and state, and the relationship between belief and natural science. The volume then establishes the relevance of these debates for the present day. As such, it invites engagement on the back and forth between religion and politics in a liberal democracy and a communist state, on how communitarianism relates to religious language, on the diversity of Christian and Jewish political theology, and the politics of toleration.

By broadening out the field of Political Theology this book offers the reader a more nuanced understanding of its sustained influence on public life. As such it will be of interest to academics working in Political Theology, but also Theology, Philosophy and Political Science more generally.

2 The Subject’s Perspective in Leibniz’s Philosophy

4 On Evil and Political Theology: Reflections on Kant and After

5 The Political Theology of Witnessing: The Canaanite Woman and Kierkegaard’s Tax-Collector

6 The Politics of Religious Commitment: Pascal and Dostoevsky

8 Spiritual Communism: The Career of a Theory from Saint Augustine to MacIntyre.

9 Dispositives of Political Theology: Analysing non-discursive Elements of the Josephinian

11 A Political Theology ‘of Doubtful Solidity’: Leo Strauss on Rousseau via Spinoza

13 "State-persecution" in the works of Raffaele Pettazzoni. A religious history

14 Christ versus the Llama Sacrifice: Rodolfo Kusch’s Theological Criticism of the Colonization of Latin America

Dennis Vanden Auweele is Lecturer in Philosophy at the Higher Institute of Philosophy, KU Leuven (University of Leuven, Belgium).

Miklós Vassányi is Associate Professor of Philosophy and Religious Studies at Károli University of the Reformed Church, Hungary.

The Routledge New Critical Thinking in Religion, Theology and Biblical Studies series brings high quality research monograph publishing back into focus for authors, international libraries, and student, academic and research readers. This open-ended monograph series presents cutting-edge research from both established and new authors in the field. With specialist focus yet clear contextual presentation of contemporary research, books in the series take research into important new directions and open the field to new critical debate within the discipline, in areas of related study, and in key areas for contemporary society.