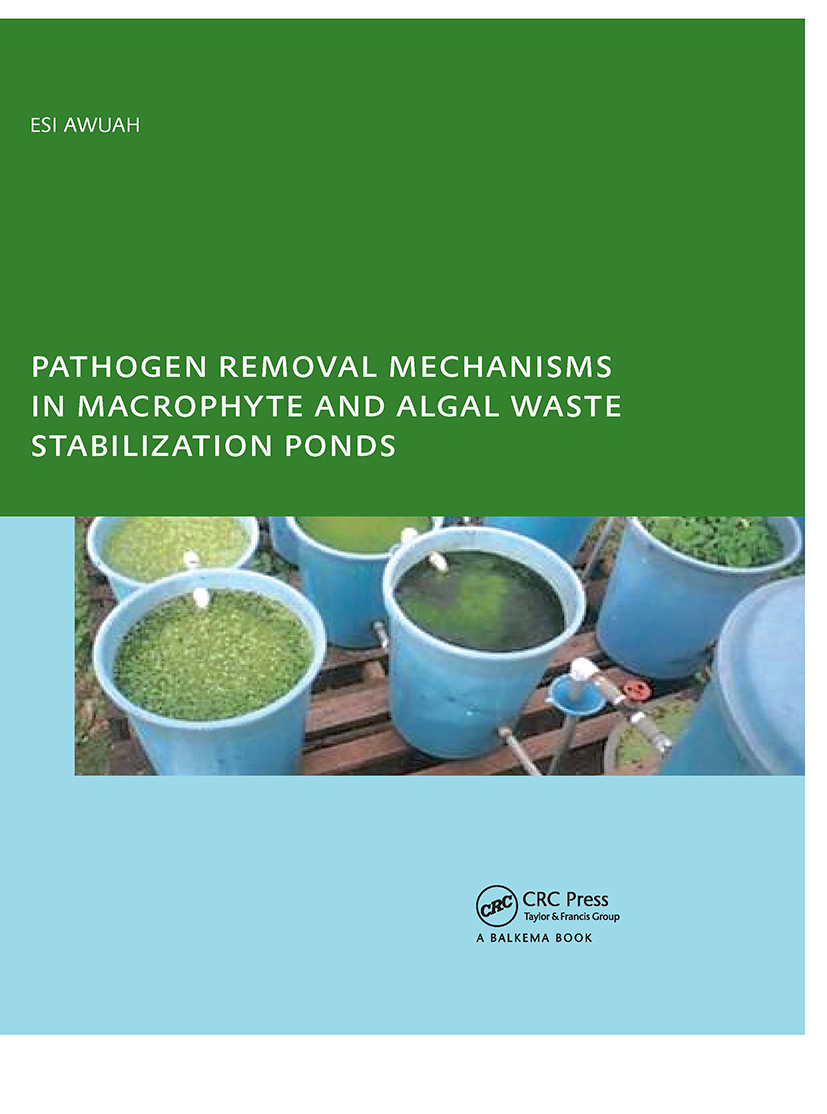 Pathogen removal mechanisms in macrophyte and algal-based waste stabilization ponds were studied in Ghana and Colombia. The macrophytes used were water lettuce (Pistia stratiotes) and duckweeds (Lemna paucicostata and Spirodela polyrhiza). The selection of the species was based on economic importance and availability. Lemna was used during the initial investigations. However, Lemna could not withstand the ammonia levels in the wastewater used. Spirodela polyrhiza a rarer species in Ghana was therefore used in subsequent studies. The main mechanisms considered in this study were pH, protozoa predation and surface attachment. The microorganisms used were faecal bacteria namely; Escherichia coli, other coliforms, Salmonella sp., other enterobacteria, E. coli, ATCC13706 and enterococci. Studies were conducted using batch scale, continuous flow bench and pilot scale ponds. Results indicated in order of importance that long retention periods, attachment, sedimentation, predation and low pH are mechanisms in macrophyte ponds enhancing faecal bacteria removal, while in the algal ponds long retention periods, sunlight penetration, high pH, attachment and sedimentation are the mechanisms of importance in faecal bacteria removal. Presence of protozoa was also found to be important but true grazing studies could not be quantified. Dissolved oxygen did not play a major role in faecal bacteria removal.

Professor Mrs. Esi Awuah obtained her bachelor’s degree at the Kwame Nkrumah University of Science and Technology, Kumasi with a major in Microbiology.

In 1998, she obtained a fellowship from the Netherlands Government to pursue a PhD degree within the Water and Sanitation Sector Capacity building program in the Department of Civil Engineering, KNUST Kumasi, Ghana at UNESCO-IHE, Delft Netherlands.

She is currently an Associate Professor and the Head of Civil Engineering Department at the Kwame Nkrumah University of Science and Technology, Kumasi, Ghana.

She is a member of the following organizations