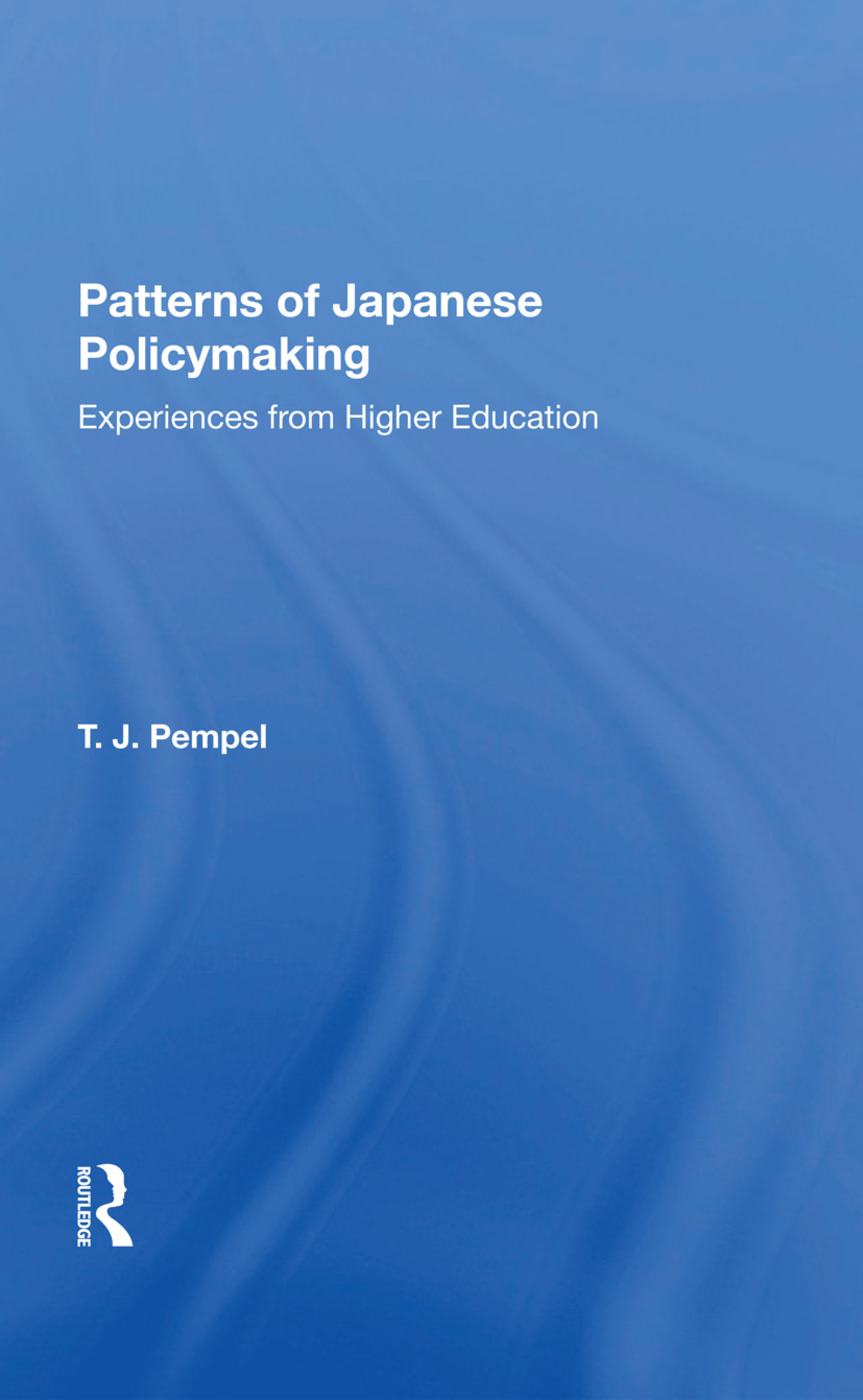 The author of this study of policymaking in postwar Japan contends that the prevailing perceptions of the subject advanced to date are inadequate. Professor Pempel identifies three distinct patterns of policymaking within Japan's current system of hegemonic pluralism. One of these, "policymaking by camp conflict, "is associated with broad, highly emotional, ideological issues that polarize political forces and that are resolved only after widely publicized battles in the Diet, the media, and the streets. A second pattern, "incremental policymaking, "involves nonideological problems that are settled largely through bureaucratic procedures almost totally removed from public scrutiny. A third pattern, "pressure group policymaking, "pits a limited number of special interest groups against one or more government agencies; this process is less conflictual and public than camp conflict, but more visible and antagonistic than incremental policymaking.

T. J. Pempel, associate professor of government at Cornell University, is currently engaged in an investigation of the Japanese state bureaucracy and in a project on comparative public policy in Japan, France, West Germany, Britain, and the United States.