People of the Earth
An Introduction to World Prehistory 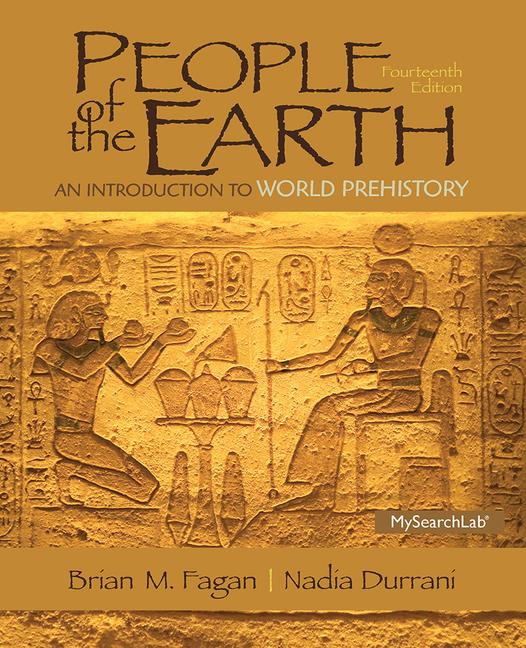 People of the Earth: An Introduction to World Prehistory

Understand major developments of human prehistory People of the Earth: An Introduction to World Prehistory 14/e, provides an exciting journey though the 7-million-year-old panorama of humankind's past. This internationally renowned text provides the only truly global account of human prehistory from the earliest times through the earliest civilizations.  Written in an accessible way for beginning students, People of the Earth shows how today's diverse humanity developed biologically and culturally over millions of years against a background of constant climatic change.

Brian Fagan is one of the world’s leading archaeological writers and an internationally recognized authority on human prehistory. He studied archaeology and anthropology at Pembroke College, Cambridge University, and then spent seven years in sub-Saharan Africa working in museums and in monuments conservation and excavating early farming sites in Zambia and East Africa. He was one of the pioneers of multidisciplinary African history in the 1960s. From 1967 to 2003, he was professor of anthropology at the University of California, Santa Barbara, where he specialized in lecturing and writing about archaeology to wide audiences. He is now Emeritus Professor of Anthropology.
Brian Fagan has written several best-selling textbooks and has published several scholarly monographs on African archaeology and numerous specialized articles in national and international journals. An expert on multimedia teaching, he has received the Society for American Archaeology’s first Public Education Award for his tireless efforts on behalf of archaeology and education

Brian Fagan’s other interests include bicycling, sailing, kayaking, and good food. He is married and lives in Santa Barbara with his wife and daughter, three cats (who supervise his writing), and last but not least, a minimum of seven rabbits.

Nadia Durrani is an archaeologist and writer. For much of the past decade she was the editor of Britain’s best-selling archaeology magazine, Current World Archaeology, becoming an independent editor after the arrival of her son in 2010. She has authored and edited many hundreds of articles on archaeology from every corner of the globe, contributed to dozens of books, and written two.

Throughout her career she has travelled widely --from Peru to Pakistan--to report on the latest archaeological discoveries; worked as a specialist lecturer on archaeological tours to countries including Yemen and Jordan; and contributed to a range of television documentaries.