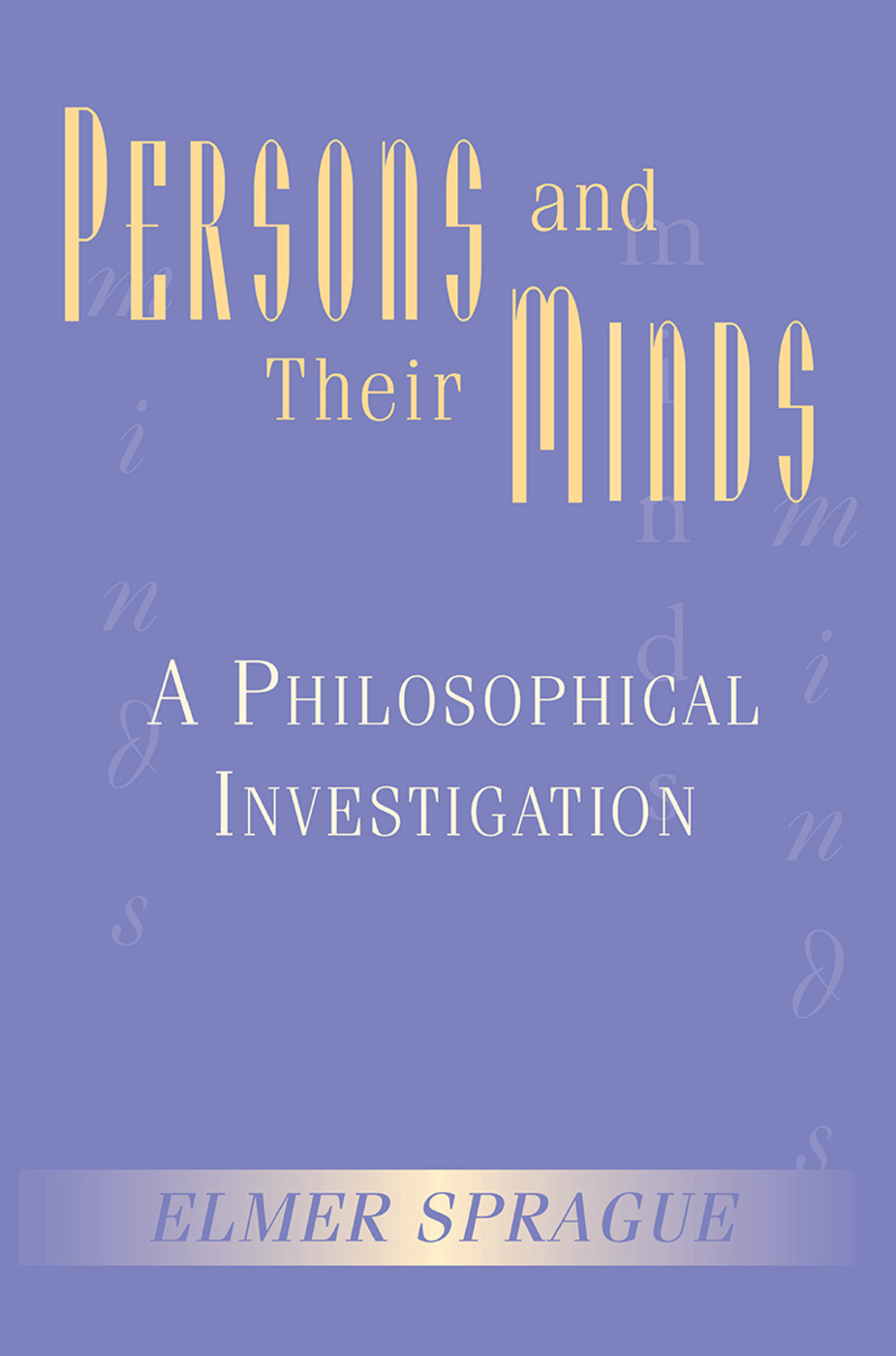 Persons And Their Minds

Persons and Their Minds compares the conflicting claims of mindism and personism and argues for placing persons at the center of philosophy of mind. Mindism stems from Descartes, takes the spectator stance, and makes the mind the subject of mental verbs such as ?know,? ?think,? and ?believe.? Personism stems from Wittgenstein and Ryle, takes the ag

Elmer Sprague is professor emeritus at Brooklyn College of the City University of New York, where he taught philosophy for 44 years. He has a B.A. from the University of Nebraska, and a B.A. and D.Phil. from Oxford. He was a Rhodes Scholar at Oxford (1948-51), and was the Paul Robert and Jean Shuman Hanna Professor of Philosophy at Hamline University (1987). His previous publications include articles on Ryle and Hume, and the book, Metaphysical Thinking.