Professor Gopal Nath Tiwari, born on July 01, 1951 at Adarsh Nagar, Sagerpali, Ballia (UP), India. He had received postgraduate and doctoral degrees in 1972 and 1976, respectively, from Banaras Hindu University (B.H.U.). Over several years since 1977, he has been actively involved in the teaching programme at Centre for Energy Studies, IIT Delhi. His research interest in the field of Solar Energy Applications are solar distillation, water/air heating system, greenhouse technology for agriculture as well as for aquaculture, Earth to air heat exchanger, passive building design and hybrid photovoltaic thermal (HPVT) systems, climate change, energy security, etc. He has one patent on solar still dated 1983. He has guided about 90 Ph.D. students and published over 588 research papers in journals of repute. He has authored more than twenty books associated with reputed publishers namely Pergaman Press UK, CRC Press USA, Narosa Publishing House, Ahsan (UK), Alpha-science (UK), Royal Society of Chemistry (UK) etc. He is a co-recipient of 'Hariom Ashram Prerit S.S. Bhatnagar' Award in 1982. Professor Tiwari has been recognized both at national and international levels. He had been to the University of Papua, New Guinea in 1987-1989 as Energy and Environment Expert. He was also a recipient of European Fellow in 1997 and been to the University of Ulster (U.K.) in 1993. Besides, he had been nominated for IDEA award in the past. He is responsible for development of "Solar Energy Park" at IIT Delhi and Energy Laboratory at University of Papua, New Guinea, Port Moresby. Dr. Tiwari had visited many countries namely Italy, Canada, USA, UK, Australia, Sweden, Germany, Greece, France, Thailand, Singapore, PNG, Hongkong and Taiwan etc. for invited talks, chairing international conferences, expert in renewable energy, presenting research papers etc. He has successfully co-coordinated various research projects on Solar distillation, water heating system, Greenhouse technology, hybrid photovoltaic thermal (HPVT) etc. funded by Govt. of India in recent past.
Dr. Tiwari was Editor of International Journal of Agricultural Engineering for the duration of three years (2006-2008). He is Associate Editor for Solar Energy Journal (SEJ) in the area of Solar Distillation since 2007. He. He is also Editor of International Journal of Energy Research. He is a member of various scholarly societies and editorial boards in various journal Prof. Tiwari has received various recognitions like best paper in jaggery drying (2014), Energy conservation in passive solar buildings for hot and arid zones in India (1995). He has also won best book (Greenhouse technology) award in 2002. Prof. G.N.Tiwari has been conferred "Vigyan Ratna" by Govt. of U.P., India on March 26, 2008 and Valued Associated Editor award by J. of Solar Energy. He has organized SOLARIS 2007, third international conference on "Solar Radiation and Day lighting" held at IIT Delhi, New Delhi, India in 2007 and 2017. He is also president of Bag Energy Research Society (BERS:www.bers.in) which is responsible for energy education in rural India.

was born on 1st September, 1987 in New Delhi, India. She completed her Bachelors in Architecture in 2010 from Jamia Millia Islamia, New Delhi. From the same institute, she was awarded M. Ekistics (Hons.) in 2012. Her master’s thesis title was "Assessment of quality of life in towns and cities of NCR". She was awarded Doctor of Philosophy from Indian Institute of Technology, New Delhi in 2017. Her Ph. D. thesis title being "Performance evaluation of semi-transparent photovoltaic thermal system integrated with building". Neha has also attended many Quality Improvement Programs at IIT, Delhi and is registered under the Council of Architecture. She is also a professional member of International Solar Energy Society (ISES). Neha has more than 7 years of work experience in various government and private organizations. She has worked as freelancing consultant, Planner in Yamuna Expressway Development Authority and Assistant Professor in Jamia Millia Islamia, New Delhi. She cleared the examinations for Assistant Town Planner (Rajasthan Public Service Commission) and Assistant Architect (Uttar Pradesh Public Service Commission). Currently, she is currently Assistant Architect (Gazetted Officer) with UP PWD and posted in Delhi Metro Rail Corporation on deputation as Assistant Manager/ Architect. She has published a number of research papers in International journals of good repute and has presented a paper at a National Conference. Her areas of interest are architecture, energy conservation, passive buildings, solar energy and photovoltaics. 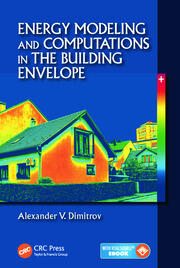