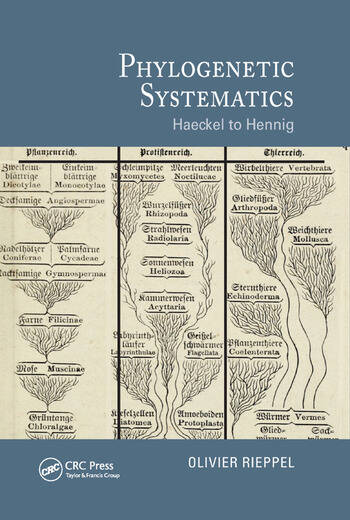 Phylogenetic Systematics: Haeckel to Hennig traces the development of phylogenetic systematics against the foil of idealistic morphology through 100 years of German biology. It starts with the iconic Ernst Haeckel—the German Darwin from Jena—and the evolutionary morphology he developed. It ends with Willi Hennig, the founder of modern phylogenetic systematics. Written in English, the book presents a unique perspective on a vast body of German biological literature.

The book also offers a perspective on German biology in the Third Reich. The author looks at how idealistic morphology and phylogenetic systematics represented two antagonistic traditions in German biology, the first organicist-holistic, the latter empiricist-positivistic. In addition, he explains the ways in which both traditions acquired socio-political and ideological connotations, culminating in their accommodation to different strands of Nazi ideology.

The book’s nine chapters summarize a century of the conceptual development of systematics, describe both the history and philosophy of phylogenetic approaches to the understanding of the history of life, examine the role of important people such as Haeckel, Gegenbauer, Portman, von Bertalanffy, Stresemann, and Hennig, and critically evaluate the impact and influence of Nazism on evolutionary biology.

Chapter titles include: The Evolutionary Turn in Comparative Anatomy; Of Parts and Wholes; The Turn against Haeckel; The Rise of Holism in German Biology; The Rise of German ("Aryan") Biology; Ganzheitsbiologie; The Ideological Instrumentalization of Biology; A New Beginning: From Speciation to Phylogenetics; and Grundzüge: The Conceptual Foundations of Phylogenetic Systematics.

The Evolutionary Turn in Comparative Anatomy. Of Parts and Wholes. The Turn against Haeckel. The Rise of Holism in German Biology. The Rise of German ("Aryan") Biology. Ganzheitsbiologie. The Ideological Instrumentalization of Biology. A New Beginning: From Speciation to Phylogenetics. Grundzüge: The Conceptual Foundations of Phylogenetic Systematics. Epilogue. Literature Cited.

Olivier Rieppel is Rowe Family Curator of Evolutionary Biology at The Field Museum in Chicago. His main current research interests focus on Triassic marine reptiles from southern China. He also contributed extensively to the comparative anatomy and evolution of modern reptiles, most notably the evolutionary origin of turtles and snakes. He published widely in the history and philosophy of comparative biology on topics as diverse as species concepts, mid-eighteenth-century French biology, and the history of phylogenetic systematics. Rieppel is on the editorial board of several peer-reviewed scientific journals and has, himself, published more than 350 scientific papers and 7 books.