Physical–Chemical Mechanics of Disperse Systems and Materials is a novel interdisciplinary area in the science of the disperse state of matter. It covers the broad spectrum of objects and systems with dimensions ranging from nanometers to millimeters and establishes a fundamental basis for controlling and tuning the properties of these systems as well as the processes taking place in them.

Physical–chemical mechanics focuses on the analysis of the complex physical–chemical interfacial phenomena taking place both in the transition of a dispersed system into a material, such as in the course of pressing, sintering, hydration hardening, and sol-gel transitions, and in the course of the dispersion of bulk materials taking place in milling, mechanical treatment, friction and wear, and fracturing. These studies are based on thorough experimental investigation of contact interactions between particles in these processes.

The book is divided into two sections. The first section covers basic principles of the formation, stability and rupture of contacts between particles in different media and in surfactant solutions, as well as the properties of coagulation structures and their rheology. The second section covers surface phenomena taking place in solid-like structures with phase contacts and in compact bodies with an emphasis on several applications and processes as well as the special role of the Rehbinder effect.

Where appropriate and relevant, the book presents essays on specific significant and principal studies, such as the damageability of crystal and glass surfaces, the strength of industrial catalysts, the nano-mechanisms of cement hardening, the role of the structure-mechanical barrier in the stabilization of fluorinated systems, and contact interactions in papermaking. It also devotes attention to experimental methods used in physical–chemical mechanics, the direct measurement of contact strength, and relevant instrumentations.

The book utilizes the content used over many years in lecture courses and includes fundamental material on colloid and surface chemistry, the strength of materials, rheology, and tensors, which makes it well suited for novices and experts in the field.

Deformation and Degradation of Solid Bodies and Materials: Description and Measurements
Forces and Deformations in a Uniform Stressed State
Heterogeneous Stressed State: Durability and Fatigue
Mechanical Testing
Determination of the Structure–Rheological Characteristics
References

Eugene D. Shchukin, PhD, graduated in physics from Moscow State University and earned his PhD and doctorate of science in physics and mathematics. He is a professor emeritus at Johns Hopkins University and a distinguished professor at the Colloid Chemistry Department at MSU, Institute of Physical Chemistry of the USSR Academy of Science. His principal research interests are physical–chemical mechanics of disperse systems and materials, colloid and interface science, surfactant effects at various interfaces, stability of disperse systems, particles interactions and structure formation, materials science and engineering, physical chemistry of solid state, stability and damageability of solids and their surfaces in active media, control and applications in technology, and environmental engineering. He is a member of various Russian, US, and other international scientific committees and advisory and editorial boards. He is a member of the Russian Academy of Pedagogical Science (recently Academy of Education), of the US National, Royal Swedish, and USSR (1990, Russian) engineering academies. He is also a founding member of the Russian Academy of Natural Sciences. He has received a number of prestigious prizes and awards, including the Lomonosov Prize from MSU, the Lenin Prize from the Soviet Union, the Rehbinder’s medal, the Russian Academy of Sciences medal, and a Gold Medal from the Russian Academy of Education.

, PhD, is a research and development manager with Fritz Industries. He earned his PhD from Clarkson University, Potsdam, New York. Since graduation he has been pursuing a career as an industrial scientist holding a number of research and managerial positions with international chemical companies focusing on pulp and paper and more recently on oil and gas production. His professional interests include industrial applications of colloid and surface science, coagulation and flocculation, lyophobic and lyophilic colloidal systems, surfactant phase behavior, interaction of surfactants with surfaces, particle deposition and aggregation, particle and surfactant transport in porous media, wetting and spreading, development of novel experimental methods for studying colloidal systems, and physical-chemical mechanics. He is an inventor on four issued US patents and five pending patent applications, a coauthor of 22 scientific publications, and coauthor of the textbook Colloid and Surface Chemistry. 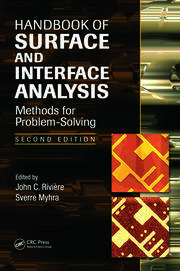 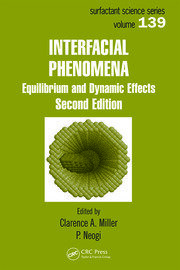