Picturing the Wolf in Children's Literature 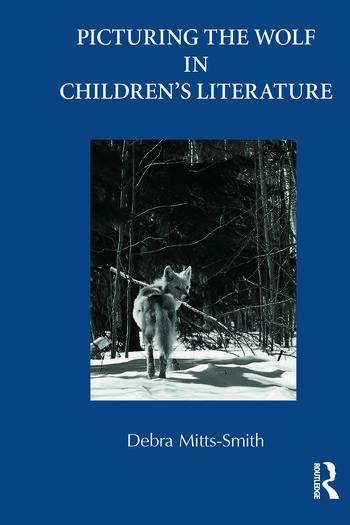 Picturing the Wolf in Children's Literature

From the villainous beast of “Little Red Riding Hood” and “The Three Little Pigs,” to the nurturing wolves of Romulus and Remus and Rudyard Kipling’s The Jungle Book, the wolf has long been a part of the landscape of children’s literature. Meanwhile, since the 1960s and the popularization of scientific research on these animals, children’s books have begun to feature more nuanced views. In Picturing the Wolf in Children’s Literature, Mitts-Smith analyzes visual images of the wolf in children’s books published in Western Europe and North America from 1500 to the present. In particular, she considers how wolves are depicted in and across particular works, the values and attitudes that inform these depictions, and how the concept of the wolf has changed over time. What she discovers is that illustrations and photos in works for children impart social, cultural, and scientific information not only about wolves, but also about humans and human behavior.

First encountered in childhood, picture books act as a training ground where the young learn both how to decode the “symbolic” wolf across various contexts and how to make sense of “real” wolves. Mitts-Smith studies sources including myths, legends, fables, folk and fairy tales, fractured tales, fictional stories, and nonfiction, highlighting those instances in which images play a major role, including illustrated anthologies, chapbooks, picture books, and informational books. This book will be of interest to children’s literature scholars, as well as those interested in the figure of the wolf and how it has been informed over time.

Debra Mitts-Smith teaches children’s and young adult literature at the University of Illinois. She has Master’s degrees in French and Library and Information Science and a PhD from the University of Illinois. Her publications include articles in Princeton University Library Chronicle and Library Trends, and a book chapter in From Colonialism to the Contemporary: Intertextual Transformation in World Children’s and Youth Literature. Debra and her husband Marschall live in Minnesota with their three dogs, five cats, and eight ducks.

"Both scholars and environmentalists will be enlightened by this nuanced examination of a misunderstood creature and its impact in both the literary and natural worlds."
- Bulletin of the Center for Children's Books