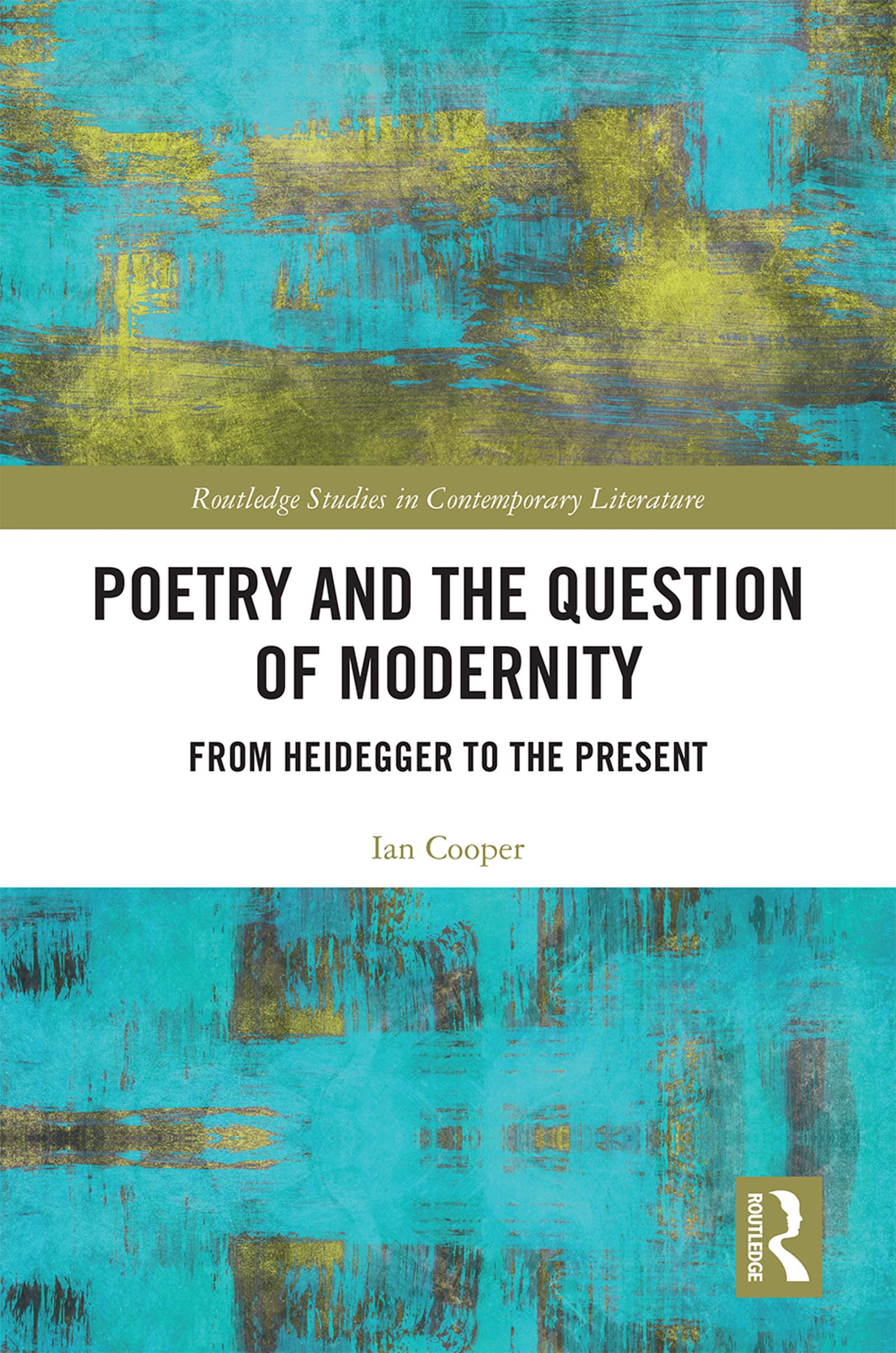 Poetry and the Question of Modernity

From Heidegger to the Present, 1st Edition

Interest in Martin Heidegger was recently reawakened by the revelations, in his newly published ‘Black Notebooks’, of the full terrible extent of his political commitments in the 1930s and 1940s. The revelations reminded us of the dark allegiances co-existing with one of the profoundest and most important philosophical projects of the twentieth century—one that is of incomparable importance for literature and especially for poetry, which Heidegger saw as embodying a receptiveness to Being and a resistance to the instrumental tendencies of modernity. Poetry and the Question of Modernity: From Heidegger to the Present is the first extended account of the relationship between Heidegger’s philosophy and the modern lyric. It argues that some of the best-known modern poets in German and English, from Paul Celan to Seamus Heaney and Les Murray, are in deep imaginative affinity with Heidegger’s enquiry into finitude, language, and Being. But the work of each of these poets challenges Heidegger because each appeals to a transcendence, taking place in language, that is inseparable from the motion of encounter with embodied others. It is thus poetry which reveals the full measure of Heidegger’s relevance in redefining modern selfhood, and poetry which reveals the depth of his blindness.

Poetry, philosophy, and modernity: Germany and beyond

Clearings: Finitude, historicity, and the space of poetry

Lightenings: The shades of redress

Earthings: Enlightenment, religion, and the poem of modernity

Ian Cooper is Lecturer in German at the University of Kent. He has published widely on German and English literature and on German philosophy. He wrote The Near and Distant God: Poetry, Idealism and Religious Thought from Hölderlin to Eliot (Legenda, 2008). He was co-editor of Aesthetics and Literature in Cambridge University Press’s multi-volume The Impact of Idealism: The Legacy of Post-Kantian German Thought (2013), and of Literature and Religion in the German-Speaking World: From 1200 to the Present Day (Cambridge University Press, 2019).