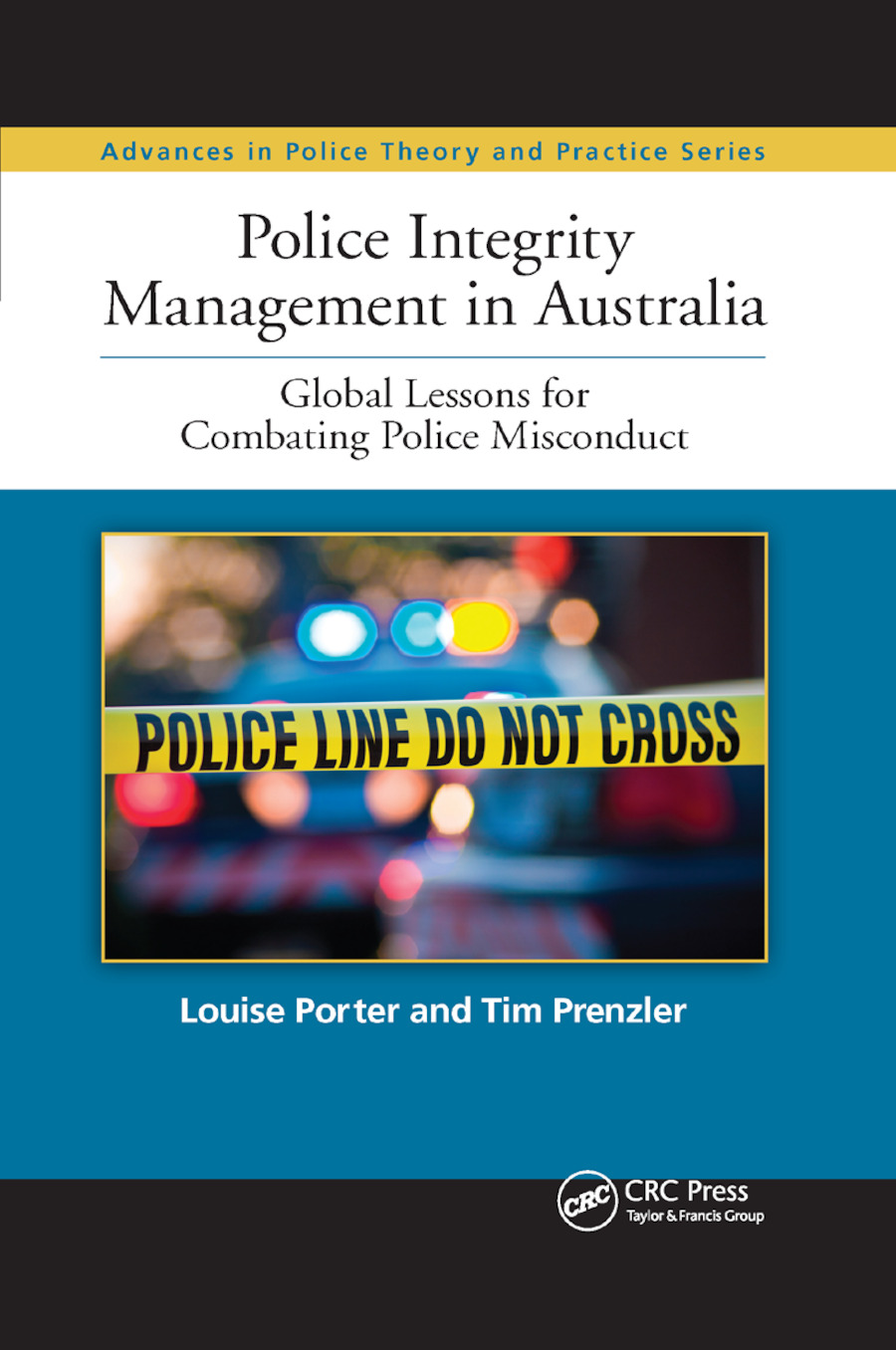 In the past two decades, Australia has been the site of major police misconduct scandals and inquiries, leading to reform initiatives at the cutting edge of police integrity management practices. Presenting interviews with key informants and an analysis of key documents, Police Integrity Management in Australia: Global Lessons for Combating Police Misconduct offers a comprehensive study, conducted from 2008 to 2010, of strategies and systems in Australia.

Providing a rare overview and critique of a full suite of policies, institutions, and programs adopted to combat misconduct in policing, this volume:

Organized logically for ease of navigation, each chapter contains an "Emerging Issues" section, highlighting some of the more promising and/or innovative integrity strategies as well as looming concerns and ethical issues.

The book concludes with an overall evaluation of the data presented in the body of the book, assessing the strengths and weaknesses of the Australian system and the implications for adoption of these strategies in other police departments around the world.

Louise Porter is a Research Fellow in the Australian Research Council Centre of Excellence in Policing and Security (CEPS) based at Griffith University, Brisbane. She has a BSc (Hons) from the University of Leicester, UK, and an MSC and PhD in Psychology from the University of Liverpool, UK. She is a British Psychological Society Chartered Psychologist and formerly a Lecturer in forensic psychology in the United Kingdom. Her research interests center on interpersonal processes, specifically leadership and peer influence in forensic contexts. Dr. Porter has explored social and organizational features of group crime and, most recently, police corruption and misconduct. Her work on police misconduct has focused on types of misconduct behavior, its causes, and the systems in place to address such behavior. She is also interested in police–citizen interactions, police use of force, and police-related deaths.

is a Chief Investigator in the Australian Research Council Centre of Excellence in Policing and Security (CEPS) and a Professor in the School of Criminology and Criminal Justice, Griffith University, Brisbane. He holds a PhD, MA, and BA (Hons). In CEPS, he manages the Integrity Systems Project, which is focused on advancing knowledge about effective integrity management strategies in policing and security. In 1991, he was a foundation member of the School of Criminology and Criminal Justice, where he developed and taught courses in situational crime prevention, security management, criminal justice ethics, social justice, and police studies. In addition to integrity research, his current work includes studies on police and security officer safety, security industry regulation, reducing welfare fraud, and improving the integration of women police.