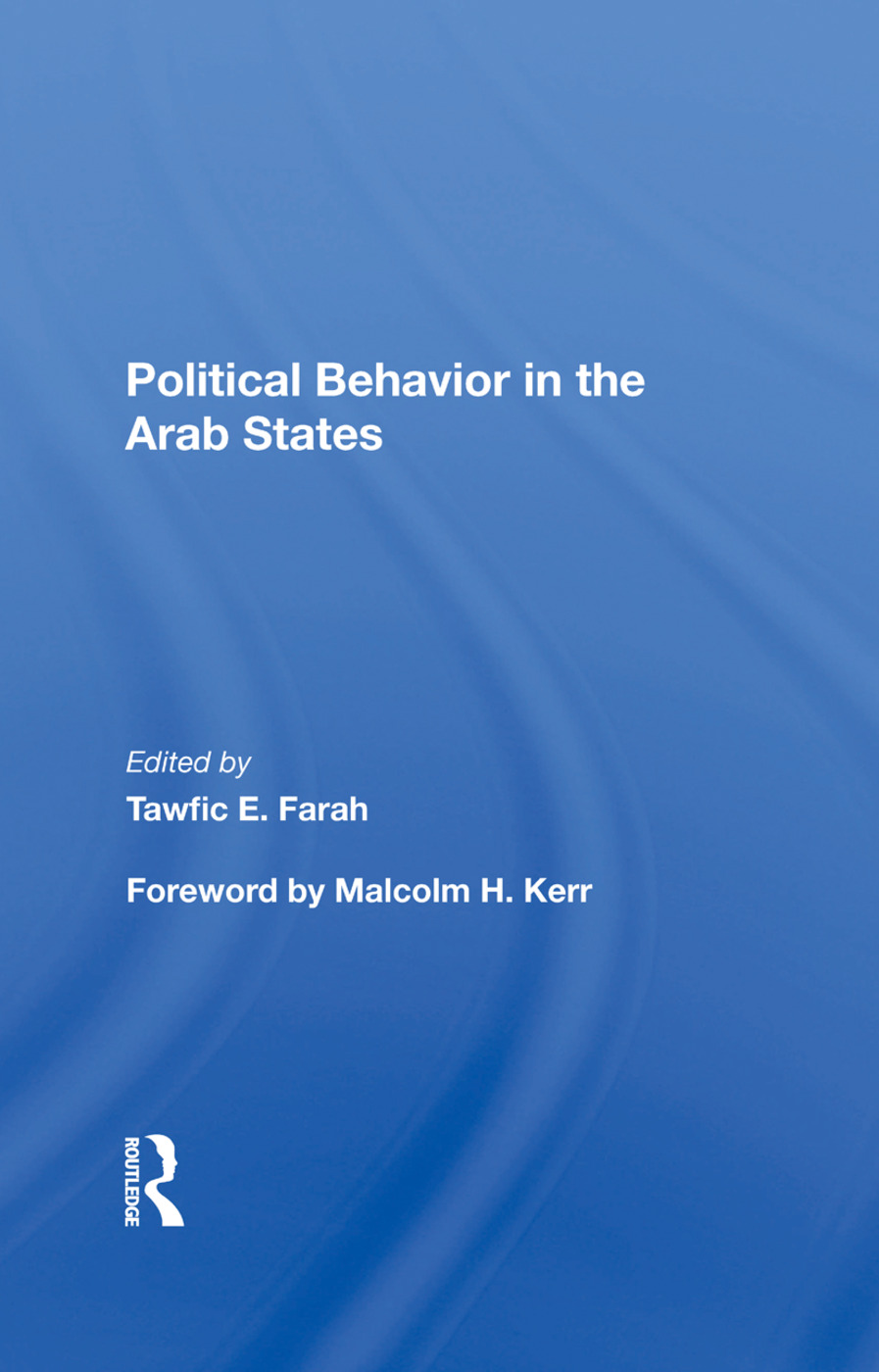 Political Behavior In The Arab States

This vivid portrayal of political and social behavior in the Arab states offers new perspectives to the student and scholar of the Middle East. It also illustrates the effectiveness of survey research as an analytical tool for investigating political, social, and economic problems in Arab societies. The only book of its kind—dealing in a comprehensive and interdisciplinary fashion with the political and social behavior of individuals in the Arab world—it fills a gap in the materials available for courses on the Middle East.

Tawfic E. Farah is president of the Middle East Research Group, Inc., and editor of its publication, Journal of Arab Affairs. He was an assistant professor of political science at Kuwait University (1975-1979), a research fellow at the Center for International and Strategic Affairs, University of California, Los Angeles (1980-1981), and is the recipient of a Fulbright research grant for the study of political culture in Kuwait, Saudi Arabia, and Egypt (1983). He has been a visiting associate professor of political science at the University of California, Los Angeles, every summer since 1978. He is author of Aspects of Consociationalism and Modernization: Lebanon as an Exploratory Test Case (1975) and co-author of Research Methods in the Social Sciences (1977) and the Dictionary of Social Analysis (1980).