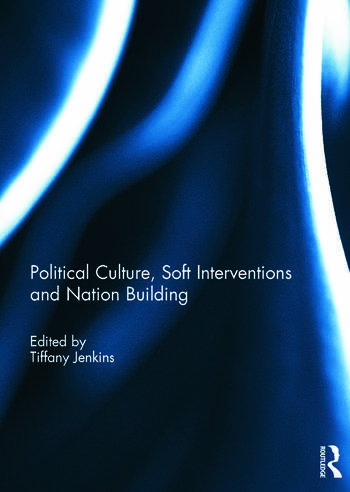 This book raises questions about cultural interventions, an area of investigation somewhat overlooked in place of developing a critique of political interventions. Whilst political interventions are more explicit, coercive, and have a wide-reaching impact, it is important also to examine the way culture is used in attempts to reconstruct society and peoples - the ‘soft’ side of statebuilding, where heritage is utilised to play a role in the construction of the nation and the people, in memory and identity. For it can play a role in legitimizing myths and identifying symbolic, historic events, and implicitly informs the construction of infrastructure, institutions, and other aspects of civic life. Contributors from the fields of politics, anthropology, archaeology, and sociology examine interventions in state and nation building through cultural methods, the ‘soft’ side of statebuilding, including the preservation and promotion of certain heritage, the politics of remembrance and monument building, and the repatriation of human remains and artefacts to communities in the name of making reparations for past atrocities.

These are timely contributions. Heritage and cultural is too often considered in terms of how tourism might contribute to the economy post-conflict, neglecting the construction of meaning and memory through decisions about is what is preserved or not. It will be of special interest to those in the field of cultural studies, archaeology, and politics as well as international relations.

This book was published as a special issue of the Journal of Intervention and Statebuilding.

1. Introduction  2. Reconstructing Heritage in the Aftermath of Civil War: Re-Visioning the Nation and the Implications of International Involvement  3. International Constructions of National Memories: The Aims and Effects of Foreign Donors’ Support for Genocide Remembrance in Rwanda  4. Claims to the Past. A Critical View of the Arguments Driving Repatriation of Cultural Heritage and Their Role in Contemporary Identity Politics  5. A Many-Cornered Thing: The Role of Heritage in Indian Nation-Building

Tiffany Jenkins is a sociologist and cultural commentator. Her research examines conflicts over cultural property and concepts of cultural value. She is the Culture Section co-editor of Sociology Compass, a regular broadcaster and contributor to the national press. http://tiffanyjenkinsinfo.wordpress.com/.