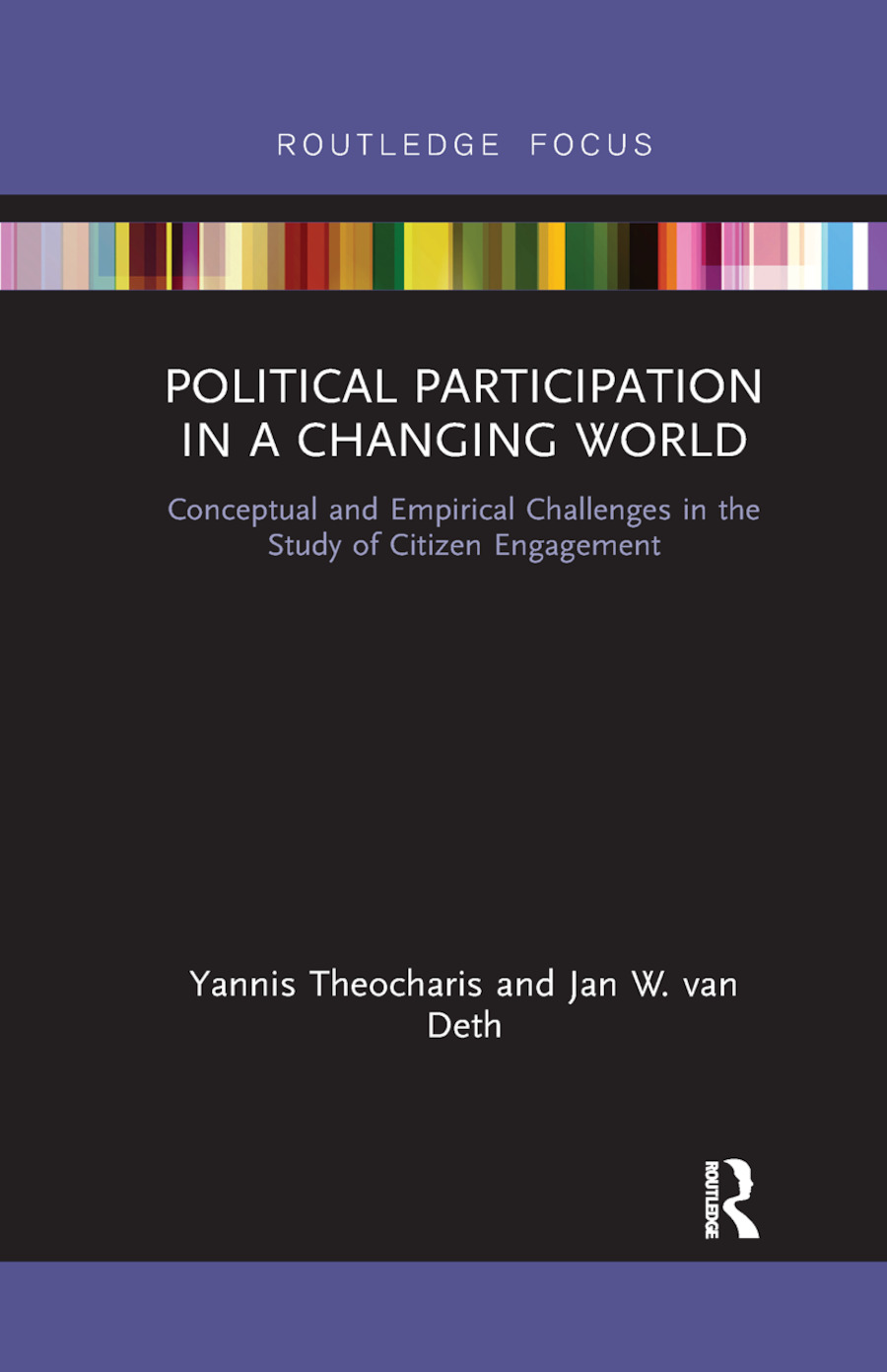 Political Participation in a Changing World

Conceptual and Empirical Challenges in the Study of Citizen Engagement, 1st Edition

In the last decades, political participation expanded continuously. This expansion includes activities as diverse as voting, tweeting, signing petitions, changing your social media profile, demonstrating, boycotting products, joining flash mobs, attending meetings, throwing seedbombs, and donating money. But if political participation is so diverse, how do we recognize participation when we see it? Despite the growing interest in new forms of citizen engagement in politics, there is virtually no systematic research investigating what these new and emerging forms of engagement look like, how prevalent they are in various societies, and how they fit within the broader structure of well-known participatory acts conceptually and empirically. The rapid spread of internet-based activities especially underlines the urgency to deal with such challenges.

Yannis Theocharis is Research Fellow at the Mannheim Centre for European Social Research (MZES), University of Mannheim, Germany. His research focuses on political behavior, political communication, new media, and social networks. He was Alexander von Humboldt Fellow and has co-directed several projects investigating the impact of social media on politics. His work has appeared in political science and communication journals such as Journal of Communication, European Political Science Review, New Media & Society, and Electoral Studies.

is Professor Emeritus of Political Science and International Comparative Social Research at the University of Mannheim, Germany. His research areas are political culture (especially social capital, political engagement, and citizenship), social change, and comparative research methods. He is a Corresponding Member of the Royal Netherlands Academy of Arts and Sciences (KNAW) and Project Director at the MZES. His publications appeared in leading international journals and with high-ranked publishers.