Profound demographic and cultural changes in American society over the last half century have unsettled conventional understandings of the relationship between religious and political identity. The "Protestant mainline" continues to shrink in numbers, as well as in cultural and political influence. The growing population of American Muslims seek both acceptance and a firmer footing within the nation’s cultural and political imagination. Debates over contraception, same-sex relationships, and "prosperity" preaching continue to roil the waters of American cultural politics. Perhaps most remarkably, the fastest-rising religious demographic in most public opinion surveys is "none," giving rise to a new demographic that Gutterman and Murphy name "Religious Independents." Even the evangelical movement, which powerfully re-entered American politics during the 1970s and 1980s and retains a strong foothold in the Republican Party, has undergone generational turnover and no longer represents a monolithic political bloc.

Political Religion and Religious Politics:Navigating Identities in the United States explores the multifaceted implications of these developments by examining a series of contentious issues in contemporary American politics. Gutterman and Murphy take up the controversy over the "Ground Zero Mosque," the political and legal battles over the contraception mandate in the Affordable Health Care Act and the ensuing Supreme Court Hobby Lobby decision, the national response to the Great Recession and the rise in economic inequality, and battles over the public school curricula, seizing on these divisive challenges as opportunities to illuminate the changing role of religion in American public life.

Placing the current moment into historical perspective, and reflecting on the possible future of religion, politics, and cultural conflict in the United States, Gutterman and Murphy explore the cultural and political dynamics of evolving notions of national and religious identity. They argue that questions of religion are questions of identity -- personal, social, and political identity -- and that they function in many of the same ways as race, sex, gender, and ethnicity in the construction of personal meaning, the fostering of solidarity with others, and the conflict they can occasion in the political arena.

1. The Present Moment: Religious and Political Identities in Contemporary America 2. The "Ground Zero Mosque": Sacred Space and the Boundaries of American Religion 3. A Nation of Maximalists? The Orthodox Alliance’s Identity of Resistance 4. Neoliberalization Theology and the Great American Recession 5. None of the Above: Religious Independents and Identity in America 6. Political Religion and Religious Politics: Navigating Twenty-First Century Identities Bibliography

David Gutterman is Associate Professor of Politics at Willamette University. 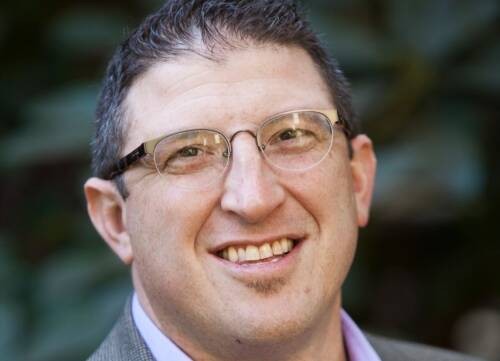 "This slim volume examines the relationship between religious and political identity in early 21st-century America. Gutterman (Willamette Univ.) and Murphy (Rutgers Univ.) open with examples of the intersection of religious and political identities, including the controversy over a New Mexico photographer's refusal to photograph a lesbian couple’s commitment ceremony because it violated the photographer's religious principles." —J. D. Rausch, CHOICE

'In this ambitious and wide-ranging book, Gutterman and Murphy analyze controversies from across the religious and political spectrum, describing the creation of new forms of religious and political identity and demonstrating how they contribute to an increasingly volatile American politics. Carefully researched and well written, Political Religion and Religious Politics is a book for scholars in a variety of disciplines, as well as for general readers. And because it is so timely and topical, it will be an excellent teaching source for courses in religion and politics.' —Michael Lienesch, University of North Carolina at Chapel Hill, USA

'This book comes at just the right moment, as American religion, politics, and the relationship between the two are changing rapidly. By focusing on specific issues that will continue to affect millions of lives in the twenty-first century, Gutterman and Murphy present a study that is both up-to-the-minute and beautifully grounded in a deep understanding of American political history. Likewise, by placing theoretical focus on identity, they connect their scholarship to the continual preeminence of individualism in American political culture. I highly recommend Political Religion and Religious Politics to anyone who cares about the relationship between American religion and politics.' —Laura R. Olson, Clemson University, US