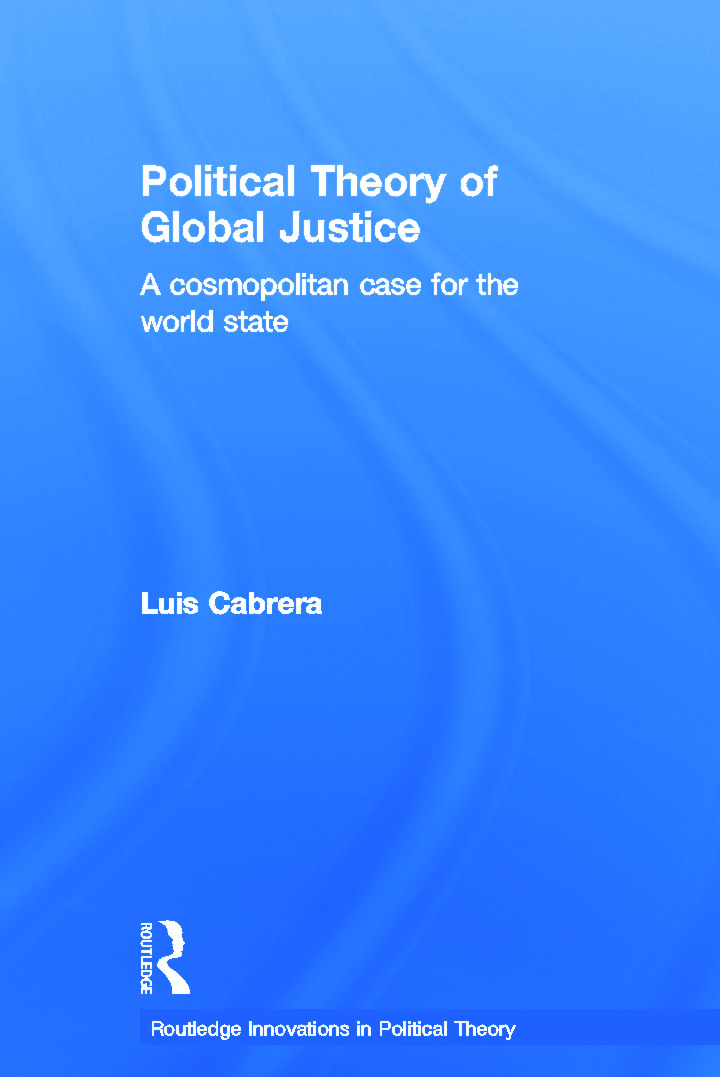 A Cosmopolitan Case for the World State, 1st Edition

Could global government be the answer to global poverty and starvation?

Cosmopolitan thinkers challenge the widely held belief that we owe more to our co-citizens than to those in other countries. This book offers a moral argument for world government, claiming that not only do we have strong obligations to people elsewhere, but that accountable integration among nation-states will help ensure that all persons can lead a decent life.

Cabrera considers both the views of those political philosophers who say we have much stronger obligations to help our co-citizens than foreigners and those cosmopolitans who say our duties are equally strong to each but resist restructuring.

'A useful contribution to the growing field of literature on cosmopolitanism because of its focus on institutions.' -Amy E. Eckert, Political Studies Review

'This book is a valuable contribution to the field. In addition, Cabrera's background as a journalist is evident and his writing style makes the book a pleasant, as well as informative, read.' - Amy E. Eckert, Political Studies Review

'Luis Cabrera has the courage to state a truth long shrouded in denial. If we are serious about treating persons with equal respect, we must work toward the creation of a democratic world government. Using a variety of moral and empirical arguments, Cabrera shows that such a transformation is not only desirable but also possible. He responds skilfully to numerous objections, and develops a humane, reasonable, and realistic program of institutional reform. This is a comprehensively researched, boldly original, and powerfully persuasive book that no student of global justice can afford to miss.'- Jamie Mayerfeld, University of Washington, USA