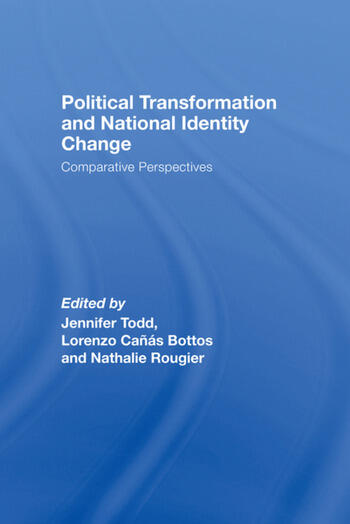 The major socio-political changes of the last decades have led to changing ways of being national, changes in the content of national identity if not in the national categories themselves.

This comparative social scientific volume takes examples of transitions to democracy (East Europe, Spain) to peace (South Africa, Israel, Northern Ireland) and to territorial decentralization (the United Kingdom, France, Spain), showing in each case how socio-political change and identity change have interlocked. It defines a typology of national identity shift, tracing the changing state forms which provoke national identity shift, and analyzing the process of identity change, its motivations and legitimations. Collecting together a wide range of examples, from South Africa to the Czech Republic from the Basque Country to the Mexican and Irish borders; the book brings together an interdisciplinary group of scholars, from world figures in the study of globalization and social identity to young researchers, to provide a much needed theoretical clarification and empirical evidence of types of national identity shift.

Jennifer Todd is at the School of Politics and International Relations, University College Dublin

Lorenzo Cañás Bottos is at the Estonian Institute of Humanities, Tallinn University

Nathalie Rougier is at the School of Politics and International Relations, University College Dublin