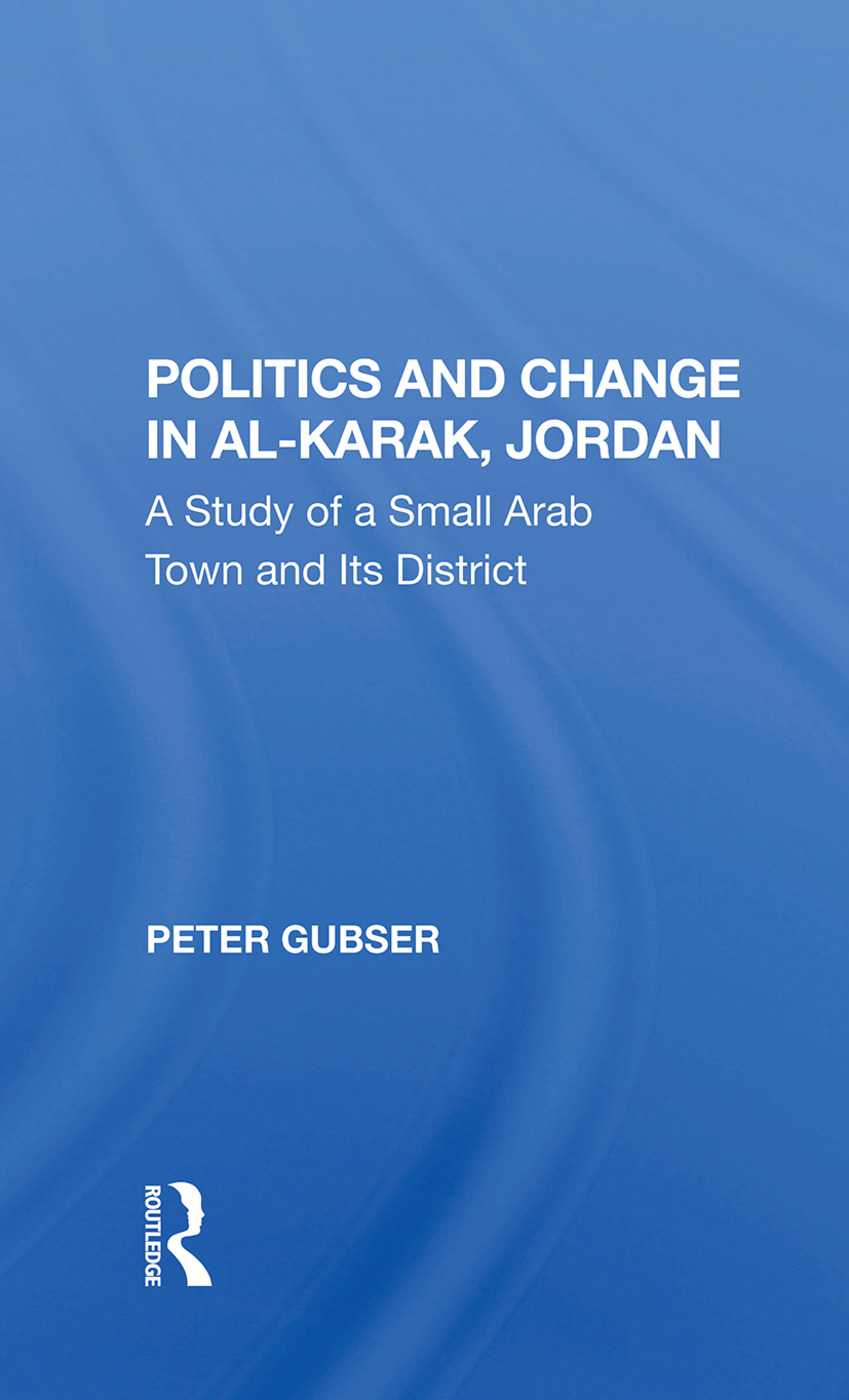 Politics And Change In Alkarak, Jordan

A Study Of A Small Arab Town And Its District, 1st Edition

When Politics and Change in AI-Karak, Jordan first appeared in 1985, it was part of a sparse, but growing, literature about intermediate-level politics in the Arab Middle East. A number of works had been written on national politics, focused primarily on the capital and national institutions and figures. It was an attempt to look below the national level of politics, but in a context larger than the confines of a village or a single tribe.

Peter Gubser (D.Phil., Oxford; MA, American University of Beirut; BA, Yale) is President, ANERA (American Near East Refugee Aid) and the author of numerous books and articles on Jordan and the Middle East, including Jordan: Crossroads of Middle Eastern Events and Politics and Change in Al-Karak, Jordan. His current position involves him deeply in social and economic development issues of the region as well as in the relations among the major participants in the Arab-Israeli conflict.