Politics at a Distance from the State
Radical and African Perspectives 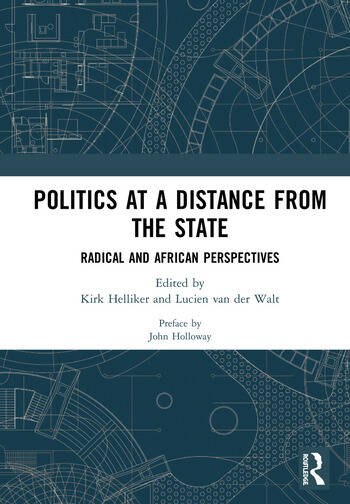 Politics at a Distance from the State: Radical and African Perspectives

For decades, most anti-capitalist and anti-imperialist movements identified radical transformation with capturing state power. The collapse of these statist projects from the 1970s led to a global crisis of left and working class politics. But crisis has also opened space for rediscovering alternative society-centred, anti-capitalist modes of bottom-up change, operating at a distance from the state. These have registered important successes in practice, such as the Zapatistas in Mexico, and Rojava in Syria. They have been a key influence on movements from Occupy in United States, to the landless in Latin America, to anti-austerity struggles in Europe and Asia, to urban movements in Africa. Their lineages include anarchism, syndicalism, autonomist Marxism, philosophers like Alain Badiou, and radical popular praxis. This path-breaking volume recovers this understanding of social transformation, long side-lined but now resurgent, like a seed in the soil that keeps breaking through and growing. It provides case studies with reference to South Africa and Zimbabwe, and includes a dossier of key texts from a century of anarchists, syndicalists, insurgent unionists and anti-apartheid activists in South Africa. Originating in an African summit of radical academics, struggle veterans and social movements, the book includes a preface from John Holloway.

The chapters in this book were originally published as a special issue in the Journal of Contemporary African Studies, with the addition of a new dossier on the history and voices of a century of politics at a distance from the state in South Africa.

Preface: at a distance from the state

1. Politics at a distance from the state: radical, South African and Zimbabwean praxis today

2. Constructing the domain of freedom: thinking politics at a distance from the state

3. Back to the future: revival, relevance and route of an anarchist/syndicalist approach for twenty-first-century left, labour and national liberation movements

5. Broadening conceptions of democracy and citizenship: the subaltern histories of rural resistance in Mpondoland and Marikana

6. A feminist perspective on autonomism and commoning, with reference to Zimbabwe

7. From Below: An Overview of South African Politics at a Distance from the State, 1917-2015, with Dossier of Texts

Compiled and edited, with introduction, by Lucien van der Walt

Kirk Helliker is an associate professor in the Department of Sociology at Rhodes University in South Africa, as well as the Director of the Unit of Zimbabwean Studies within the department. His main research interests are land reform, civil society and political transformation with particular reference to Zimbabwe.

Lucien van der Walt is professor of Industrial and Economic Sociology at Rhodes University, South Africa. A prize-winning scholar, he is involved in labour education and has published and spoken widely. His main areas of research are anarchism and syndicalism, labour and left studies and history, and the political economy of neo-liberalism.