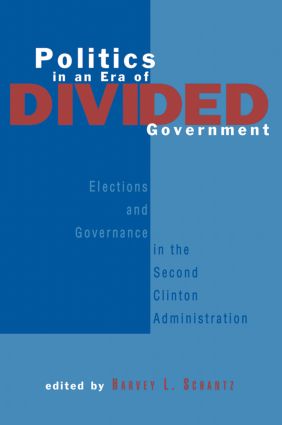 Politics in an Era of Divided Government

The Election of 1996 and its Aftermath, 1st Edition

This book describes, explains, and reflects upon the 1996 presidential and congressional elections, devoting equal coverage to three phases of the political process: the major party nominations, the general election, and the subsequent government organization. In doing so, this study links elections and governance.

Harvey L. Schantz is professor of political science at State University of New York, Plattsburgh. He as served as a Congressional Fellow of the American Political Science Association and as a Visiting Professor at Yale University. He is the editor of American Presidential Elections: Process, Policy, and Political Change (1996).