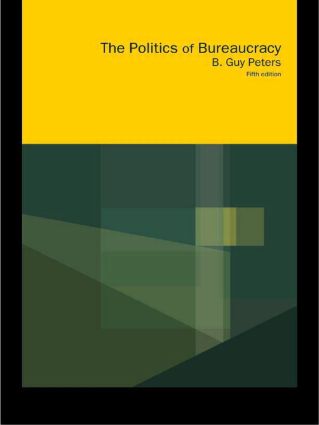 Routledge is proud to publish the fifth edition of this comprehensive, comparative exploration of the political and policy-making roles of public bureaucracies in nations around the world. Written by a leading authority in the field, it offers an extensive, well documented, comparative analysis stressing the effects of politics and organised interests on bureaucracy.

New to the fifth edition:

*a new chapter on administrative reform

*revision and up-dating to take into account the wealth of new literature that has emerged in recent years.

'This is a wonderful, encyclopaedic work of considerable merit and utility … as the most widely used book in this area, it remains peerless.' - Nicholas Lovrich, Washington State University, USA

B. Guy Peters is Maurice Falk Professor of American Government and chair of the Department of Political Science, University of Pittsburgh