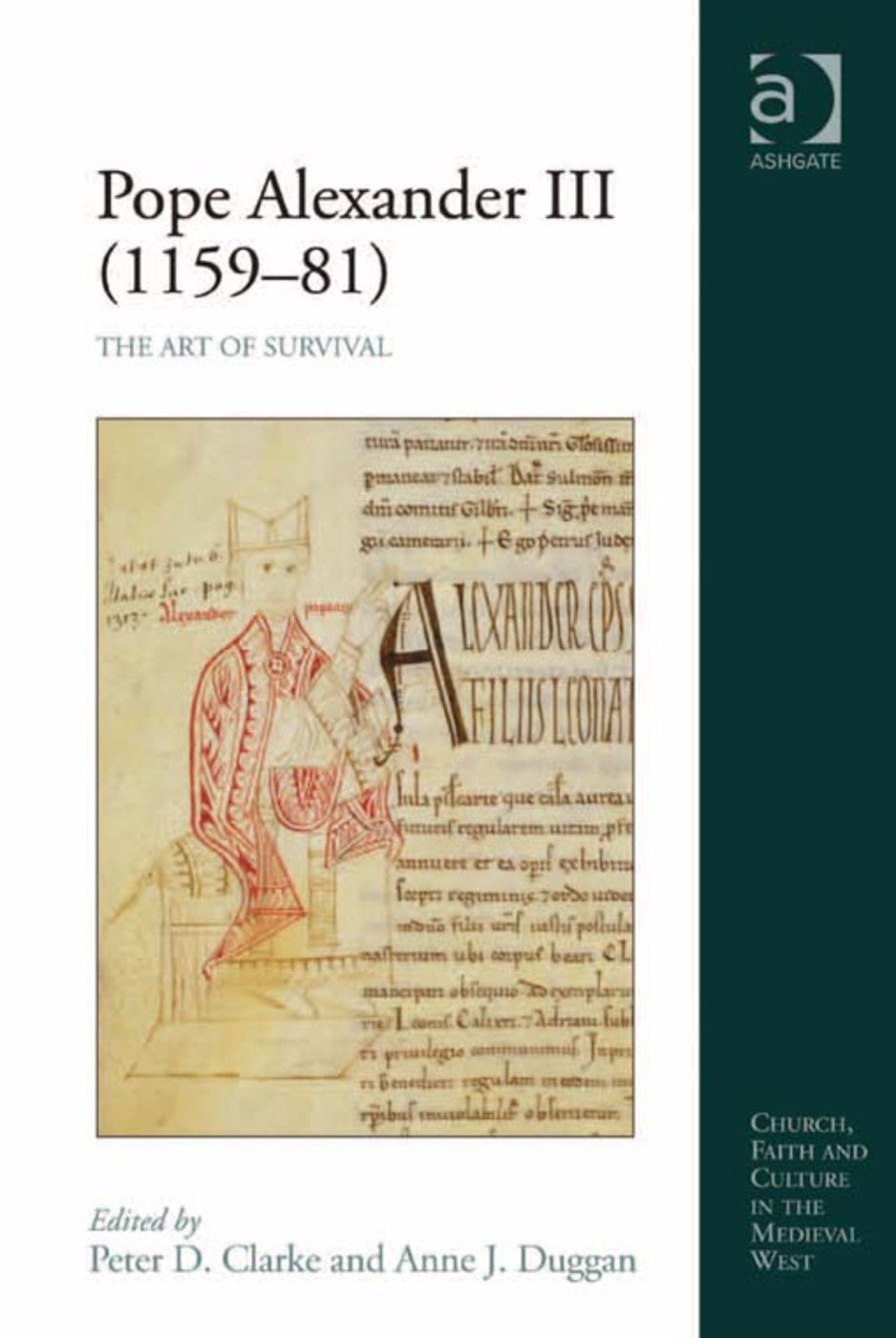 The Art of Survival, 1st Edition

Alexander III was one of the most important popes of the Middle Ages and his papacy (1159-81) marked a significant watershed in the history of the Western Church and society. This book provides a long overdue reassessment of his papacy and his achievements, bringing together thirteen essays which review existing scholarship and present the latest research and new perspectives. Individual chapters cover topics such as Alexander's many contributions to the law of the Church, which had a major impact upon Western society, notably on marriage, his relations with Byzantium, and the extension of papal authority at the peripheries of the West, in Spain, Northern Europe and the Holy Land. But dominant are the major clashes between secular and spiritual authority: the confrontation between Henry II of England and Thomas Becket after which Alexander eventually secured the king's co-operation and the pope's eighteen-year conflict with the German emperor, Frederick I. Both the papacy and the Western Church emerged as stronger institutions from this struggle, largely owing to Alexander's leadership and resilience: he truly mastered the art of survival.

'This book is a must have for anyone interested in Alexander III, as it is the only comprehensive scholarly account of his pontificate. It will also prove useful for those interested in medieval relations between European rulers and the papacy, the development of Church law, and any of the volume’s many topics. Each essay is well-written, and all of them bring new or neglected information to the scholarly discussion, updating the status of modern scholarship in Alexander III.' Catholic Books Review 'A fair assessment of the lengthy pontificate of Alexander III [1159-1181] has proved elusive. This volume attempts, and succeeds in, a fresh investigation of what have been the traditional areas of inquiry…' The Historian '… an outstanding collection that will serve as a starting point for Anglophone study of a crucial pontificate for a long time.' Medieval Review 'Anne Duggan’s two papers deserve to be singled out. She gives an excellent overall assessment of Alexander’s pontificate and also a detailed treatment of his decretals with special reference to a re-evaluation of his treatment of marriage. The range of the other papers is wide indeed, covering the papal schism … the empire … Alessandria and the Lombard League … the papal patrimony … France … Spain … Becket’s pallium … Henry II … Byzantium … Venice … and the Crusades. All these papers merit close study.' Journal of Ecclesiastical History '… this study provides a plethora of rich material of the experiences of single people from a wide variety of walks of life, providing interesting insights into home-making, and the ownership of particular goods and how they were used in identity creation. The single homemaker provides a useful contribution to the history of singleness and to our understanding of the uses of material goods in the processes of homemaking.' Economic History Review 'As a miscellanea the book is to be welcomed…' Speculum ’The book is clearly presented a

The series Church, Faith and Culture in the Medieval West reflects the central concerns necessary for any in-depth study of the medieval Church - greater cultural awareness and interdisciplinarity. Including both monographs and edited collections, this series draws on the most innovative work from established and younger scholars alike, offering a balance of interests, vertically through the period from c.400 to c.1500 or horizontally across Latin Christendom. Topics covered range from cultural history, the monastic life, relations between Church and State to law and ritual, palaeography and textual transmission. All authors, from a wide range of disciplinary backgrounds, share a commitment to innovation, analysis and historical accuracy.