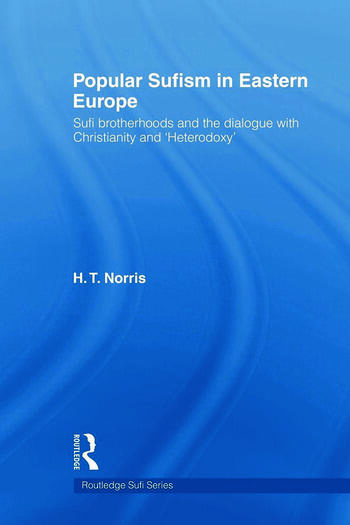 Popular Sufism in Eastern Europe: Sufi Brotherhoods and the Dialogue with Christianity and 'Heterodoxy'

This is a detailed description of the various Sufi orders and movements which entered into the Balkans, the Crimean peninsula and other parts of Eastern Europe following the Ottoman conquests. Many of the Sufis came from Christian societies, principally from an Eastern Orthodox background, but others, such as the Bosnians, from churches that were accused or suspected of heterodoxy of belief and of antinomianism. These beliefs, together with pre-Christian beliefs, influenced by Manicheanism, Dualism and pantheism, left their mark on Sufi Islam. The book concentrates on the Bosnians, Bulgarians, Albanians and Tatars. Their Sufism reflects their national aspirations, and their writings fuse their mysticism, national faith and folklore in a Sufism which is quite distinct from that in other regions of the Muslim world.

Introduction  1. The Seeds of Sufism Planted in Medieval Bulghãr and Saray  2. The Lipqa Tatara and Rabbinical Karaites of Poland, Lithuania and Belarus: A Legacy from the Age of the Khazars, the Qipchãq Turks and the Golden Horde and Examples of Inter-Faith Dialogue in Eastern European Society  3. The Influence of Sufism on the Cosmology, Literature and Popular Beliefs of the Lithuanian and Polish Tatars  4. The Sufi Presence in the Balkans  5. Aspects of Islamic Antinomianism, Heterodoxy and Persian Monsim in the Literature of the Muslim Communities of the Eastern Balkans  6. Popular Sufism in the Balkans: Sari Saltik in Albanian Lands and Demir Baba in the Deli Orman Region of Northern Bulgaria.  Conclusion