The processing of pork is a common technological practice that modifies the taste, flavor, texture and color of raw pork meat. Due to its accessible price and versatility, the manufacture of pork products is an important strategy to offer different options of pork to consumers by meat industries in this sector that will also improve their profits, and expand their business to new markets at local, regional and international levels. Moreover, the current diversity of pork products is also attributed to the local culture, history and preservation of traditional processing practices. This combination of factors led to production of several pork products that can be classified in one of the following categories: fresh meat, fermented sausages, dry-cured products, blood sausages and cooked.

delves into the various kinds of pork and their manufacturing processes. Each category has specific raw material pre-processing (entire cut vs minced pork meat), ingredients (e.g. sodium chloride, starter cultures, blood, seasoning, and spices), processing conditions (such as salting, drying, thermal processing, and fermenting stages) and consumption habits (cooking, slicing, spreading, and as ingredient in meals, for instance). Consequently, a wide variety of pork meat products are currently been produced worldwide. However, due to the modern eating habits, the increasing importance between food composition and health among consumers, and the demand for products with specific health "benefits" are factors that are influencing the research and production of pork meat products.

The production of health-oriented pork products is an emerging and promising investigation area with direct impact in modern meat products market.

José M. Lorenzo is Head of Research at the Meat Technology Centre of Galicia (CTC), Ourense, Spain. He received his M.S. in Food Science and Technology (University of Vigo). He obtained his Ph.D. in Food Science and Technology (University of Vigo) in 2006. He has started his scientific career in the Department of Food Science and Technology at the University of Vigo, first as researcher scholarship, then, since April 2006, as academic Researcher. In 2006-2005 from October to March, he completed a stage period for his research project at the Stazione Sperimentale per L´Industria delle Conserve Alimentaria, (Parma, Italy). He has developed numerous projects, many related to agro-industry and meat companies, and acquired extensive experience in the field of food technology. During this period, he completed my analytic training in LC and GC, developing methods to quantify levels of lipid/protein oxidation, lipid fractionation by SPE and vitamins with HPLC/FD/DAD and volatiles by GC/MS. These have focused on 1) Characterization of the products from different species under different rearing conditions, such as pigs, poultry or horsemeat; 2) Extension of food shelf life using natural extracts with antioxidant and antimicrobial capacities from agro-products; 3) Understanding physicochemical, biochemical and microbial changes during the technological processes applied to meat products; and 4) Development of new, healthier meat foods based on fat and salt reduction or improving lipid profile modification, replacement of fat, or incorporating functional compounds. Currently, he is involved in identifying proteomic and biomarkers associated with pastiness in dry-cured ham and their consequences for meat quality, using proteomic 2-DE techniques for protein separation and subsequent identification and quantification applying HPLC/MS/MS. As a result of their experience in the research, he published more than 480 paper in well-recognized peer-reviewed international journals (SCI), with 68% of them in the first quartile (number of publications in Q1 is higher than 312), and 305 communications to congresses, mostly international. His h-index is 47 with a number of cites of 8,215 in Scopus. He was principal researcher in three European projects, three national projects, thirty-eight in regional projects (Galicia, NW Spain) and he was lead investigator in twenty-five-project development with meat enterprises and industry. In addition, he has participated in more than 65 projects as research collaborator. He has written 15 international books as editor and other one as national book as editor, and he has written 64 and 8 chapters of international and national books, respectively. In addition, he has got one national patent as inventor. Finally, he has supervised six doctoral theses.

scientific career started in 1997 with a European project (Development of new processes for the extraction of oils and active products from nonconventional oilseeds and vegetables for the pharmaceutical and food industries (CEE (1997/PEO16)) at the Chemical Engineering Department of the University of Santiago of Compostela. During the Ph.D. stage, he acquired extensive knowledge of solid-liquid extraction from food matrices rich in oil and compounds with antioxidant activity. He also obtained experience in technical instrumental near-infrared spectroscopy and liquid chromatography (HPLC/DAD), used for determining ethanol-oil micelles and polyphenolic compounds. This research led to his Ph.D. degree in Chemistry in 2002. From 2003 to 2005, he worked as a technologist in the IIM-CSIC. During this time, he acquired skills focused on the management of R&D and technology transfer for SMEs. From 2005 to 2009, he obtained a postdoctoral position in the Department of Animal Production at the Agricultural Research Center in Mabegondo. His research focused on improvements in animal feed using natural antioxidants and on understanding the biochemical mechanism behind meat ageing. During this period, he gained experience in the field of animal production, mainly focused on cattle, and methodological aspects of meat quality such as determination of texture parameters, sensorial and nutritional analysis. Since 2009 to present he has worked at Meat Technology Centre where he is responsible for leading the "Differential and nutritional quality" research line. During this time, he has been PI of several projects of R&D and innovation related to meat science and food technology. He has developed numerous projects, many related to agro-industry and meat companies, and acquired extensive experience in the field of food technology. As a result of their experience in the research, he published more than 100 research papers in well-recognized peer-reviewed international journals (SCI) and more than 150 communications to congresses, mostly international. In addition, he participated in more than 50 research projects. Moreover he has two Spanish patents; he edited three books and written 16 book chapters and supervised two doctoral theses.

obtained his Ph.D. degree in Science of Food Engineering in the University of São Paulo, Brazil, in 2016 with one Pre-Doctoral research internship at the Meat Technology Center of Galicia (CTC), Ourense, Spain during 12 months in 2014-2015 period. He is currently carrying out Post-Doctorate researcher activities at the same research center. He has been collaborating in several research projects in Food Technology and Meat Science in the last eight years with major focus on 1) extraction, identification, and quantification of compounds of technological and health interest from natural sources; 2) evaluation of physic-chemical, biochemical, and microbiological characteristics of meat and meat products during storage; 3) development of healthier meat products by reducing/replacing target ingredient and adding functional ingredients. He has published twenty-six scientific articles and five review articles in high impact peer-reviewed journals and five book chapters in the food science and biochemistry areas. He recently edited a scientific book in the meat science area and has also written twenty-three scientific communications to national and international meetings, congresses and symposiums. His h-index is 12 with 309 citations in Scopus database.

has a degree in Agricultural Technical Engineering (1998-2002) and in Food Science and Technology (2002-2005). She obtained her Ph.D. degree in Food Science and Technology in the University of Vigo (Spain) in 2010. She has been developing her research activity since nine years ago as Superior Technician at the Meat Technology Center of Galicia (CTC), Ourense, Spain. She has been collaborating in several research projects in Food Technology and Meat Science in the last nine years with major focus on 1) Reduction of additives in meat products; 2) Development of new healthier meat products; 3) Use of agro-food industries by-products as potential sources to obtain valuable and bioactive compounds; 4) Use of emerging and green technologies (supercritical fluid extraction and pulse electric fields) for the recovery of biological active compounds from several plant matrices and by-products; 5) Incorporation of bioactive compounds and development of functional foods; 6) Use of active packaging to protect foods against oxidative degradation; 7) Evaluation of carcass, meat and meat products quality from different species. Her scientific production includes one hundred and seven scientific research papers in well-recognized peer-reviewed international journals (SCI), and 80 communications to congresses, mostly international. Her h-index is 29 with a number of cites of 2149 in Scopus. She has participated in more than 25 projects as research collaborator. She is editing three international books, and she has contributed with sixteen chapters of international and national books. 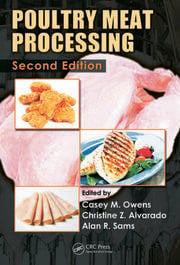 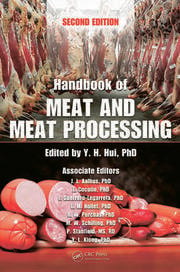 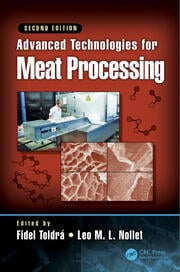