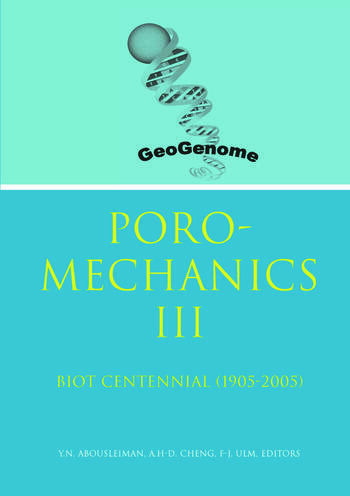 These proceedings represent the latest advances in the mechanics of porous materials, known as poromechanics. The porous materials considered are solids containing voids that are impregnated with fluid. The focus is on the mechanical interactions of the inhomogeneous solid with the single- or multi-phase fluid under the loading of mechanical force, fluid pressure, thermal, chemical, and magnetic fields. The response time can be in static, diffusional, and dynamic ranges. The length scale can start from nano, to micro, macro, and up to field scales. Its application covers many branches of science and engineering, including geophysics, geomechanics, composite materials, biomechanics, acoustics, seismicity, civil, mechanical, environmental, and petroleum engineering. The approaches taken include analytical, computational, and experimental.

Areas of Research: Currently Dr. Abousleiman directs two PoroMechanics Institute industry consortia: the Rock Mechanics Consortium and the GeoGenome Industry Consortium. These industry consortia are composed of seventeen companies, all related to oil and gas operations which basically drive the research interest. The research has focused on wellbore drilling mechanics, flow/stress in naturally fractured reservoir, soft sediment mechanics, and shale chemomechanics activities when exposed to fluids. In addition, the nano poromechanics research undertaken in the GeoGenome research project should be very promising.

Dr. Alexander H.-D. Cheng is Professor and Chair of the Department of Civil Engineering at the University of Mississippi since 2001. Prior to the present position, he taught at Cornell University (1981-82), Columbia University (1982-85), and the University of Delaware (1985-2001). He received his BS degree for the National Taiwan University, MS from the University of Missouri, Columbia, and Ph.D. from Cornell University. He serves as Editor for the journal of Engineering Analysis with Boundary Elements, and was Associate Editor for the Journal of Engineering Mechanics. He was the recipient of the Walter L. Huber Civil Engineering Research Prize of ASCE, Basic Research Award of U.S. National Committee on Rock Mechanics, and Eminent Scientist Award of Wessex Institute of Technology. He serves in the Executive Committee of Engineering Mechanics Division of ASCE, and was Vice President of Academic Affairs for the American Institute of Hydrology. He has authored/edited a dozen books/proceedings, and published more than 100 journal papers. His research areas include poromechanics, boundary element methods, groundwater, saltwater intrusion, among others.

Dr. Franz-Josef Ulm is the Harold & Esther E. Edgerton Associate Professor of Civil & Environmental Engineering at the Massachusetts Institute of Technology. He received his engineering degree from the Technical University Munich, Germany, in 1990, his Ph.D. from the Ecole Nationale des Ponts et Chaussees, France, in 1994; and his Habilitation Degree from the Ecole Normale Superieure de Cachan, France in 1998. Prior to joining MIT, he was research engineer at the Laboratoire Central des Ponts et Chaussees (LCPC), in France, where he led the development and implementation of chemomechanics theory for innovative large-scale bridge and tunnel engineering projects in France. He joined MIT in January 1999, where he is responsible for materials and structures, with a strong focus on materials science of natural porous composites (concrete, soil, rock, bone), and model-based simulation and computational mechanics of durability problems of materials and structures. He is co-chair of the MIT-OU GeoGenome Industry Consortium. He served as chairman of the Property of Materials Committee of the Engineering Mechanics Division of ASCE, and is associate editor of several international engineering mechanics and materials science journals. Beside many scholarly articles and edited books, his book entitled "Mechanics & Durability of Solids" was published by Prentice Hall in 2003. 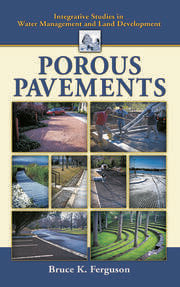 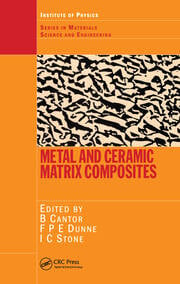