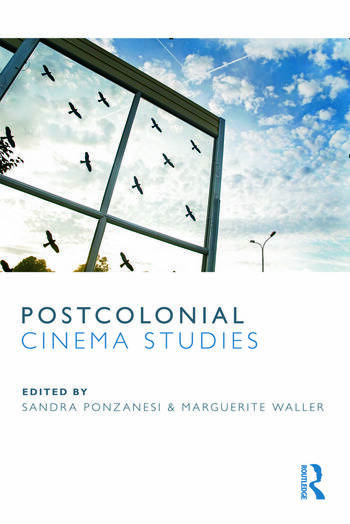 This collection of essays foregrounds the work of filmmakers in theorizing and comparing postcolonial conditions, recasting debates in both cinema and postcolonial studies. Postcolonial cinema is presented, not as a rigid category, but as an optic through which to address questions of postcolonial historiography, geography, subjectivity, and epistemology.

Current circumstances of migration and immigration, militarization, economic exploitation, racial and religious conflict, enactments of citizenship, and cultural self-representation have deep roots in colonial/postcolonial/neocolonial histories. Contributors deeply engage the tense asymmetries bequeathed to the contemporary world by the multiple,diverse, and overlapping histories of European, Soviet, U.S., and multi-national imperial ventures. With interdisciplinary expertise, they discover and explore the conceptual temporalities and spatialities of postcoloniality, with an emphasis on the politics of form, the ‘postcolonial aesthetics’ through which filmmakers challenge themselves and their viewers to move beyond national and imperial imaginaries.

Sandra Ponzanesi is Associate Professor of Gender and Postcolonial Critique, department of Media and Culture Studies/Gender Programme at Utrecht University, the Netherlands. Among her publications are Paradoxes of Post-colonial Culture (2004), Migrant Cartographies (2005) and Deconstructing Europe: Postcolonial Perspectives (Routledge, 2011).

Marguerite Waller is Professor of Women's Studies and Comparative Literature at the University of California, Riverside. Among her publications are Frontline Feminisms (Routledge, 2001), Federico Fellini (2002), Dialogue and Difference: Feminisms Challenge Globalization (2005), and The Wages of Empire (2007).

'...Postcolonial Cinema Studies is accessible to a wide audience, and is adaptable for use in course syllabi at various universities. At the same time, this is also an eloquent and provocative study, which scholars working in the examination of cross-cultural dialogue will want to keep well in mind for their future research.' - Simone Brioni, Postcolonial Text

'Postcolonial Cinema Studies will be a major contribution to postcolonial research and cinematic scholarship and is on the "leading edge" of its field.' - Dr Imogen Tyler, Lancaster University, UK

'Postcolonial Cinema Studies argues that current experiences of migration, economic exploitation, militarization, racial and religious conflicts, and tensions between citizens and non-citizens are haunted by colonial and neocolonial histories globally. Impressive in its scope and its attention to diverse cinematic dimensions, the book is an important intervention in cinema and postcolonial studies.' -Katarzyna Marciniak, Ohio University, USA

'This book is a significant contribution to the study of postcolonial cinema and beyond. Global in scope yet thorough in its rigorous investigation of specific case studies of national, transnational and glocal cinemas, this book will probably be considered one of the definitive texts on postcolonial cinema for many years to come.' - Yosefa Loshitzky, University of East London, UK

'Postcolonial Cinema Studies is an essential book that orchestrates an enriching dialogue between postcolonial studies and cinema studies, in ways that mutually illuminate both fields. Interdisciplinary and transnational, the volume goes beyond the usual Anglo-phone boundaries. Not only does it stretch the corpus of films to be studied, it also productively counterpoints theories, methodologies, and regions.' - Ella Shohat, New York University, USA and Robert Stam, Tisch School of the Arts, USA

'Postcolonial Cinema Studies is a fresh, innovative and significant contribution to scholarship which furthers debates on the relationship between postcolonialism and other critical and epistemological frameworks. Engaging with urgent questions about contemporary neocolonial powers, the book offers interesting and provocative perspectives on contemporary postcolonial cinema.' - Mariangela Palladino, Journal of Postcolonial Writing

‘[translated from Italian]Postcolonial Cinema Studies has the merit to put into focus some critical issues on the relationship between post-colonial theories and cinema . This is a book that lends itself to different interpretations and uses; certainly a general manual on "post colonial cinema", it can also be used to approach more specific subjects, such as Nollywood production or Italian Colonial Cinema …’ -Daniele Comberiati, Rivista Incontri, The Netherlands

'...this collection will be an invaluable tool for teachers and scholars alike, particularly for the way it will help jumpstart a discussion of the way cinema has been key in representing, and thus reproducing, both the colonial and postcolonial identity.' - Luca Caminati, Journal of Italian Cinema and Media Studies

'Characterized by hybridity, porosity and unstable concepts of identity, postcolonial cinema offers a valuable site of resistance to violent territorial and hegemonic ideologies that deserves to be recognized as an effective tool for political action. Postcolonial Cinema Studies makes an excellent case for that recognition and is likely to be useful for anyone who wishes to navigate the complex legacies of our colonial pasts in a necessarily critical and creative manner.' - Milica Trakilović, European Journal of Women's Studies

'The book passes a wide-ranging and well-documented collection of applications of the postcolonial gaze on postcolonial and 'empire' cinema. The edited volume is effective in its balance of disciplines, sources and trends. Moreover, it addresses implicitly some of the limits of postcolonialism. By focusing on political cinema in some of its chapters, the book takes seriously the challenge of re-politicizing the field. In this way, the book is an answer to the 'productive crisis' of postcolonial theory and expresses strong beliefs...It has the merit to show us the contribution that cinema can offer to postcolonial studies, and the need for cinema studies for a postcolonial gaze. The book embodies the cross-fertilization between both.' Matthias De Groof, Historical Journal of Film, Radio and Television

'This volume constitutes a rich and heterogeneous source of references and critical elaborations that give a significant contribution to the field of postcolonial studies. In particular, through the close analysis of films, this book tries to map possible encounters between cinema and postcolonial studies.'
Michaela Quadraro, Anglistica

'Postcolonial Cinema Studies provides a refreshing, comprehensive look at global cinema and postcoloniality ... Each section begins with a brief introduction that summarizes the major themes and ideas of the corresponding essays, and also provides the reader with additional concepts relating to postcolonialism and cinema studies ... The themes and ideas discussed throughout will doubtlessly prove beneficial for scholars and educators, especially considering film and media’s role in an increasingly globalized world.'
Kate Balsley, Senses of Cinema

'[T]his edited volume is an important contribution to the expanding geopolitically decentred scope of cinema studies more generally. I, for one, will certainly assign and continue to refer to many of the contributions in this significant volume.'