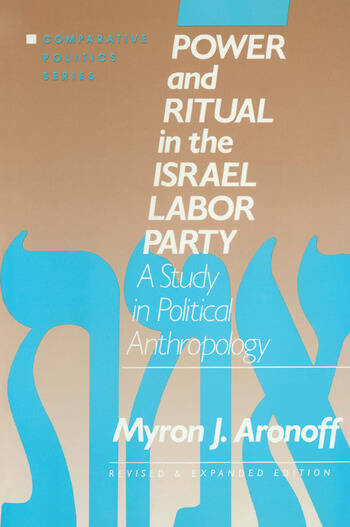 An anthropological study of a major national political party - one which dominated Israeli politics for nearly five decades and was returned to office in summer 1992. The analysis focuses on the relationship between culture and politics to explain the crucial role the Labour Party has played.

Over the past fifteen years, South Korea has transformed itself from an authoritarian government into a new democracy with a vibrant capitalist economy. Modernization, democratization, and globalization have played important roles in this transformation, and have greatly influenced the programs and policies of Korea's Sixth Republic. Covering developments through the 2003 elections, this book shows how the South Korean government and society have been shaped not only by the dynamics of these forces, but also by their interaction with the cultural norms of a post-Confucian society. The author provides a conceptual framework and baseline for examining political developments in Korea, and offers an analysis of the factors that are transforming Korean institutions, society, and politics. He discusses the forces shaping Korea's political economy and the performance of successive ROK governments, and also highlights the challenges faced by the newly elected administration of Roh Moo Huan, the North Korean issue, and more.