The aim of this text is to deliver a rich and industry-relevant discussion on flow assurance, with sufficient fundamental content to facilitate learning in the classroom, and sufficient application guides and examples to serve practicing engineers. The scope of the book includes a detailed and applied discussion on thermodynamics, multiphase flow, and hydrocarbon-based solids for flow assurance engineers currently in practice or training. The text has been organized to provide a fundamental (molecular-scale) perspective on each of the three themes, while maintaining a focus on the engineering models and tools available for each theme.

received his PhD in Chemical Engineering from the Center for Hydrate Research at the Colorado School of Mines in 2012, led by Professors Dendy Sloan and Carolyn Koh. His graduate research focused on the interfacial phenomena of clathrate hydrate systems, specifically in the interaction of surfactants with the hydrate-lipophilic boundary. In 2013, Zach joined the University of Western Australia as a Research Assistant Professor, focusing on high-pressure experiments and modelling for hydrate blockage in gas-dominant systems. Much of his work is targeted at experimental methods to quantify both hydrate surface free energy and surfactant adsorption in multiphase systems, which provide a context for particle aggregation and plug formation.  In 2015, he was appointed as an Associate Professor of Mechanical and Chemical Engineering at UWA. In addition to work on gas hydrates, Zach also works in high-pressure measurements of droplet size and hydrate film growth to support the modelling of deepwater blowout.

Dr. Eric F. May has been conducting research in fluid science for over a decade and was awarded the Malcolm McIntosh Prize for Physical Scientist of the Year as part of the 2012 Prime Minister’s Prizes for Science. He is now the Director of the Australian Centre for LNG Futures, funded by the Australian Research Council through the Industrial Transformation Hub program. Eric completed his Bachelor of Science (Hons) and PhD at UWA where he developed new technologies to measure gas condensate phase behaviour with microwave cavities. He was then an American Australian Association Fellow at the National Institute of Standards and Technology in Maryland where he helped develop next-generation standards for gas metrology. In 2005 Eric returned to Australia and a lecturing position in oil & gas engineering. He teaches undergraduate and industry courses in thermodynamics and gas processing, and has helped to build a new Chemical Engineering degree at UWA. His research group works closely with industry and is conducting projects in LNG production, flow assurance, CO2 sequestration and fluid property prediction. In 2013, he was seconded to industry during his sabbatical, spending several months in Richmond, California. He won the Australian National Metrology Institute prize in 2009 and was awarded the 2010 Western Australian Early Career Scientist of the Year. Eric was appointed the inaugural Chevron Chair in Gas Process Engineering at UWA which, in 2011, was endowed in perpetuity.

has spent the majority of his 25 year career working in engineering design, mainly focussed in the areas of multiphase flow and heat transfer. He holds MEng and PhD degrees from Imperial College. His doctoral research work was completed under the auspices of Professor Geoff Hewitt on the nature of flow instabilities in low pressure boiling systems. For this work he received the Newitt Prize for the best theoretical PhD thesis and the Mike Akrill Trophy from the UK Heat Transfer Society.  Paul Pickering's first position after graduation was with British Nuclear Fuels where he worked in the Process Simulation Section on the transient modelling of process systems. After this, he joined the oil and gas industry working for the design contractor Granherne Ltd in the UK. He then worked for several engineering companies before founding the company FEESA Ltd in 2001. In FEESA he set about developing the new multiphase network simulation software Maximus. This was successfully commercialised before he moved to Western Australia in 2011 to take up his present post with Woodside Energy Ltd in Perth. At Woodside he continues his work in the areas of multiphase flow and heat transfer in the role of Principal Flow Assurance Engineer. 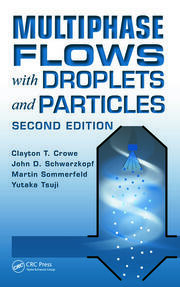 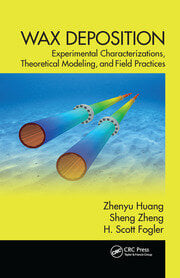