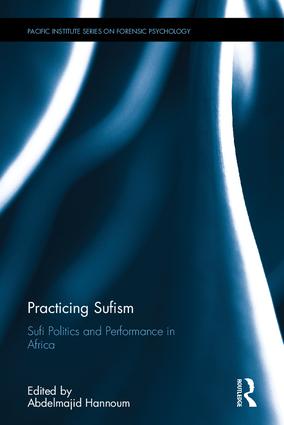 Islam in Africa is deeply connected with Sufism, and the history of Islam is in a significant way a history of Sufism. Yet even within this continent, the practice and role of Sufism varies across the regions.

This interdisciplinary volume brings together histories and experiences of Sufism in various parts of Africa, offering case studies on several countries that include Morocco, Algeria, Senegal, Egypt, Sudan, Mali, and Nigeria. It uses a variety of methodologies ranging from the hermeneutical, through historiographic to ethnographic, in a comprehensive examination of the politics and performance of Sufism in Africa. While the politics of Sufism pertains largely to historical and textual analysis to highlight paradigms of sanctity in different geographical areas in Africa, the aspect of performance adopts a decidedly ethnographic approach, combining history, history of art and discourse analysis. Together, analysis of these two aspects reveals the many faces of Sufism that have remained hitherto hidden.

Furthering understanding of the African Islamic religious scene, as well as contributing to the study of Sufism worldwide, this volume is of key interest to students and scholars of Middle Eastern, African and Islamic studies.

Chapter 1: Semiotics of Sufism; or How to Become a Saint Abdelmajid Hannoum, University of Kansas

Chapter 3: Sufi eschatology and hagiography as Responses to Colonial Repression Cheick A. Babou, University of Pennsylvania

Chapter 4: Gender and Agency in the History of a West African Sufi Community: The Followers of Yacouba Sylla Sean Hanretta, Northwestern University

Rethinking the Distinction between Popular and Reform Sufism in Egypt: An Examination of the Mawlid of Muhammad Mitwalli Sha‘rawi. Jacquelene Brinton, University of Kansas

Abdelmajid Hannoum teaches anthropology and African studies at the University of Kansas. He is the author of Colonial Histories, Postcolonial Memories (2001) and Violent Modernity (2010) and numerous essays and articles on Islam, colonialism, and secularism.

The Routledge Sufi Series provides short introductions to a variety of facets of the subject, which are accessible both to the general reader and the student and scholar in the field. Each book will be either a synthesis of existing knowledge or a distinct contribution to, and extension of, knowledge of the particular topic. The two major underlying principles of the Series are sound scholarship and readability.