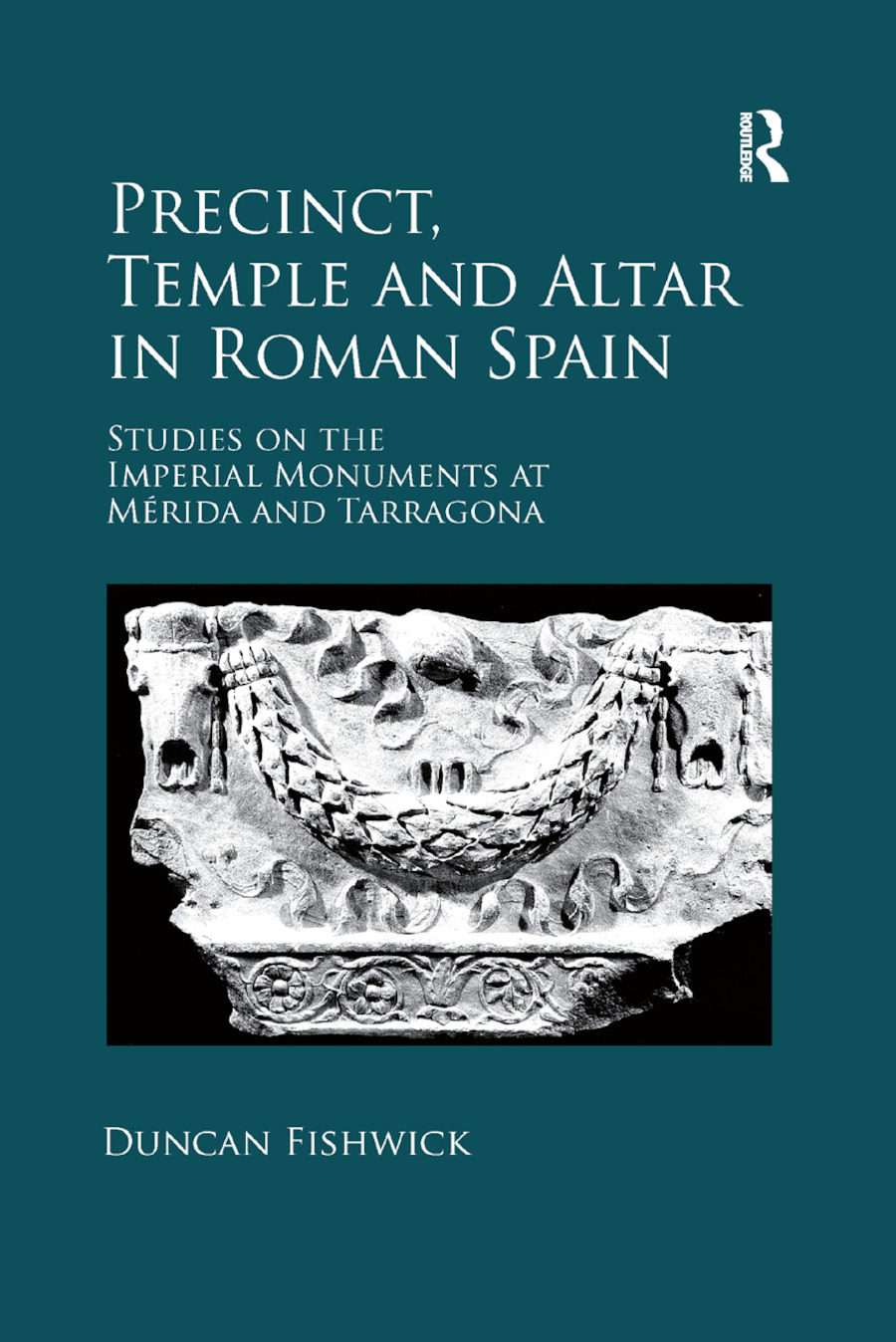 Studies on the Imperial Monuments at M�da and Tarragona, 1st Edition

The studies included in this volume supplement the work already published by the author on the imperial cult in the Roman West, focussing on the monuments of two cities in Roman Spain, Augusta Emerita (now Mérida) and Tarraco (now Tarragona). The introduction gives the general background and context of the four following studies and argues in favour of proactive initiative from the centre.

The core of the book is a study of the provincial forum at Augusta Emerita. It opens with a historiographic survey followed by discussion of the plaza (location, portico, "Arco de Trajano"), then surveys other structures and their general architectonic significance. Discussion of the hexastyle temple at the centre of the precinct considers its date of construction and the influence of the provincial governor, L. Fulcinius Trio, in copying the Aedes Concordiae at Rome. Two long sections assigned to analysis of inscriptions and the significance of the provincial centre of Lusitania complete the study.

Discussion of the "Temple of Augustus" in Tarragona, in Chapter 3, begins with a historiography of the temple followed by an account of its discovery by ground-probing radar and electric resistivity tomography. After arguing that the temple was provincial ab initio - rather than first municipal then provincial - discussion moves to present opinion on the successive stages of the construction and design of the temple with a final chapter on the significance of the Temple of Hispania Citerior.

Two final studies consider the numismatic evidence for an Ara Providentiae at Augusta Emerita, its counterpart in Rome, and the inferred presence of a templum minus at Augusta Emerita with its enigmatic portrayal of Agrippa at sacrifice fifty years after his death. As for the location of this copy of a Roman prototype, analysis focuses on the evidence for a supposed temple in the forum adiectum of the colonial forum and considers the iconographic recomposition of

Duncan Fishwick (1929 - 2015) was Distinguished University Professor Emeritus at the University of Alberta, Canada. Amongst his many other publications are two in the Variorum Collected Studies series.