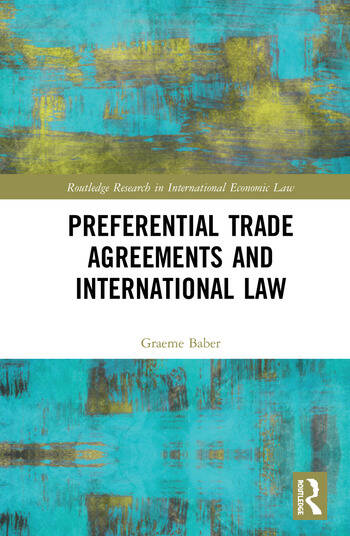 The multilateral trade agreements in the Annexes to the Agreement Establishing

the World Trade Organization provide a comprehensive structure for international

trade. Why would trading partners in different countries feel the need to

go outside this framework in order to set up preferential trade arrangements?

and the types of preferential trade arrangements, and deliberates the value of the

latter in the light of the operation of the former.

examination of preferential trade agreements and considers the features of specific

regional and bilateral trade agreements without drawing upon systematic

features and trends. It shows the latest state of knowledge on the topic and will

be of value to researchers, academics, policymakers, and students interested in

2. The Scope for Preferential Trade Agreements within the World Trade Organization's Framework

5. The Benefits and the Limitations of Preferential Trade Agreements

6. An Assessment of the Value-Added of the Preferential Trade Agreements to the World Trade Organization’s Framework

is an independent legal researcher, and has published many articles,

comments, briefings and updates. His previous monographs are The Impact

of Legislation and Regulation on the Freedom of Movement of Capital in Estonia,

of Capital and Financial Services: An Exposition? (Cambridge Scholars Publishing,

2014), The European Union and the Global Financial Crisis: A View from

Science Publishers, 2017). Graeme has written dissertations and chapters for

edited collections, and has presented his work at international conferences. He

is an experienced teacher of university students, lecturing on both international