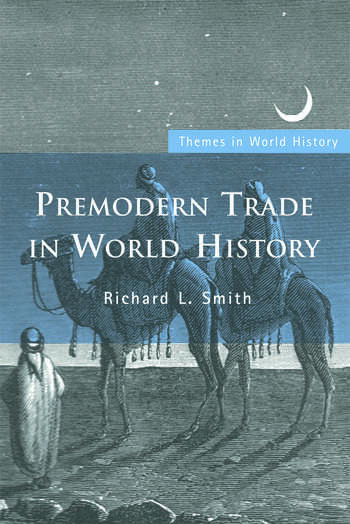 Trade and commerce are among the oldest, most pervasive, and most important of human activities, serving as engines for change in many other human endeavors.

This far-reaching study examines the key theme of trading in world history, from the earliest signs of trade until the long-distance trade systems such as the famous Silk Road were firmly established. Beginning with a general background on the mechanism of trade, Richard L. Smith addresses such basic issues as how and why people trade, and what purpose trade serves. The book then traces the development of long-distance trade, from its beginnings in the Paleolithic and Neolithic periods through early river valley civilizations and the rise of great empires, to the evolution of vast trade systems that tied different zones together.

• products that were traded and why;

• the relationship between political authorities and trade;

• the rise and fall of Bronze Age commerce;

• the development of a maritime system centered on the Indian Ocean stretching from the Mediterranean to the South China Sea;

• the integration of China into the world system and the creation of the Silk Road;

• the transition to a modern commercial system.

Complete with maps for clear visual illustration, this vital contribution to the study of World History brings the story of trade in the premodern period vividly to life.

List of Maps.  Acknowledgements.  Preface  1. Some Introductory Musings 2. In the Beginning   3. The First Link  4. Land of Gold  5. Into the Aegean and Out of the Bronze Age  6. Of Purple Men and Oil Merchants  7. Shifting Cores and Peripheries in the Imperial West  8. When India was the Center of the World  9. Following the Periplus  10. The All-Water Route  11. From the Jade Road to the Silk Road  12. The Last Link. Epilogue. Bibliography

Richard L. Smith is Professor of History and Williams Distinguished Teaching Professor in the Humanities at Ferrum College, USA. His research interests are in North and West Africa and world history. He is the author of Ahmad al-Mansur: Islamic Visionary (2006) as well as numerous articles and book reviews in scholarly publications.