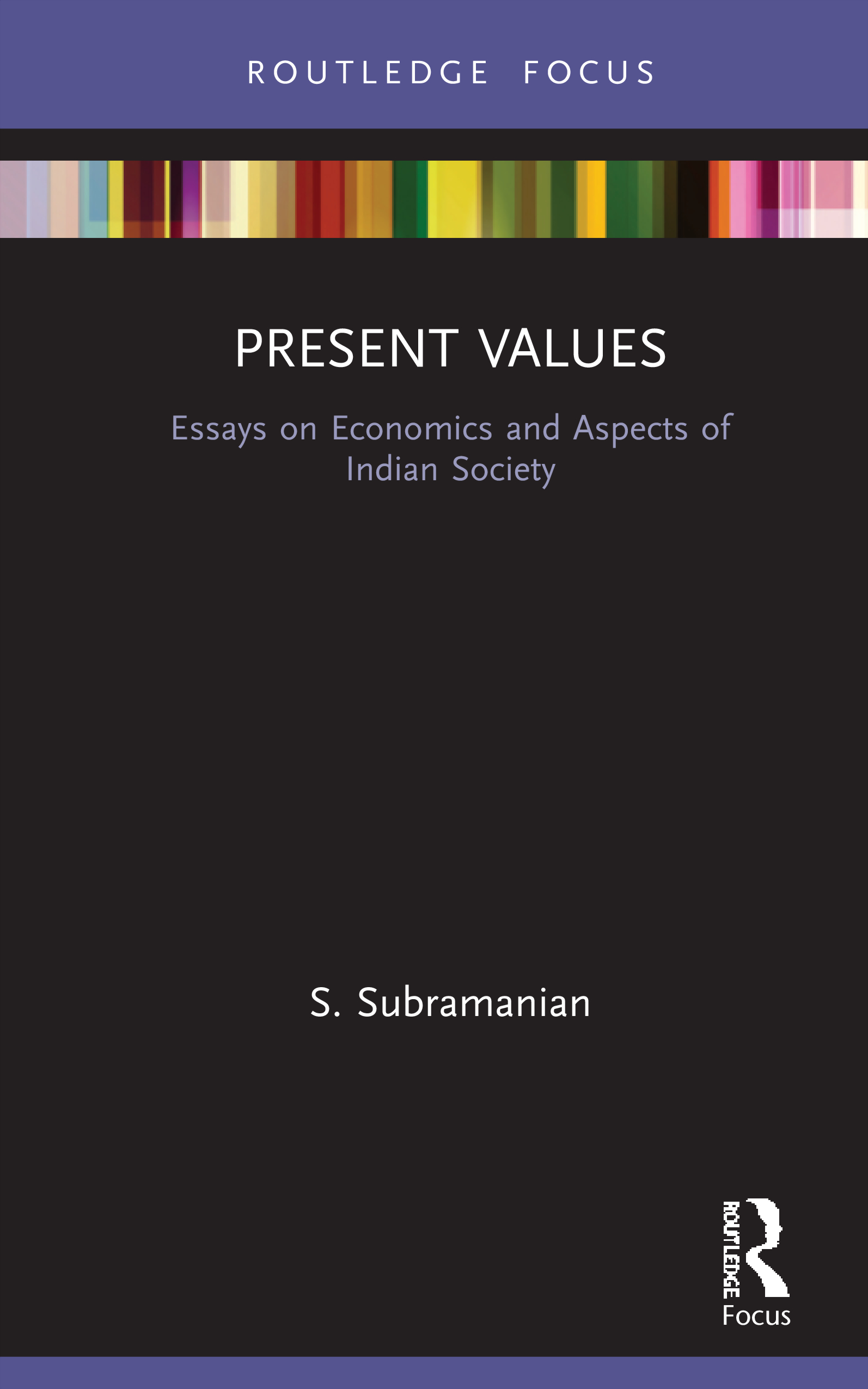 Essays on Economics and Aspects of Indian Society, 1st Edition

This volume is about economists, economics, and issues of concern to Indian society. Some essays are expository, and some satirical. Together, they offer a commentary on the state of the discipline of economics today, and also on aspects of contemporary India’s society and polity.

The volume affords insights into, among other things,

- the pervasive influence of economists such as Kenneth Arrow and Anthony Atkinson, and thinkers such as Tom Paine, Jonathan Swift, and Dadabhai Naoroji;

- the place of markets and game theory (and even crime fiction!) in present-day economics;

- the affectations and convoluted mathematization of a good deal of ‘mainstream’ economics; and

- India’s recent political climate, and the conduct of various arms of the legislature, the executive, and the judiciary in the country.

Engaging and lucidly written, this volume should be of interest to scholars of economics, political science, development studies, South Asian studies, and above all, the general reader.

I. On Economics and Economic Themes, With Some Digressions

Tom Paine, Rights of Man, And the Foundations Of The Welfare State

Three Themes in Economics: the Market, Game Theory, and Famine

An Economist’s Descent into Crime

II On Some Tendencies in The Dismal Science

Economics: The View from Above

A Leacockian View of Economics Today

III On Institutions, Culture, And Society

8. Understanding Economics and The Law Anew

The Adventures Of ‘Chalak’ Om, As Chronicled By Dr Vatsan

S. Subramanian is former Professor of Economics from the Madras Institute of Development Studies, India, and a former Indian Council of Social Science Research National Fellow. He has research interests in the fields of poverty, inequality, demography, welfare economics, social choice theory, and development economics. He is an elected Fellow of the Human Development and Capabilities Association, and was a member of the advisory board of the World Bank’s Commission on Global Poverty (2015-16). He is the author of, among other books, Rights, Deprivation, and Disparity (2006), The Poverty Line (2012), and Inequality and Poverty: A Short Critical Introduction (2019). He has published articles in a number of scholarly journals including Journal of Development Economics, Social Choice and Welfare, Mathematical Social Sciences, Theory and Decision, and Economic and Political Weekly.