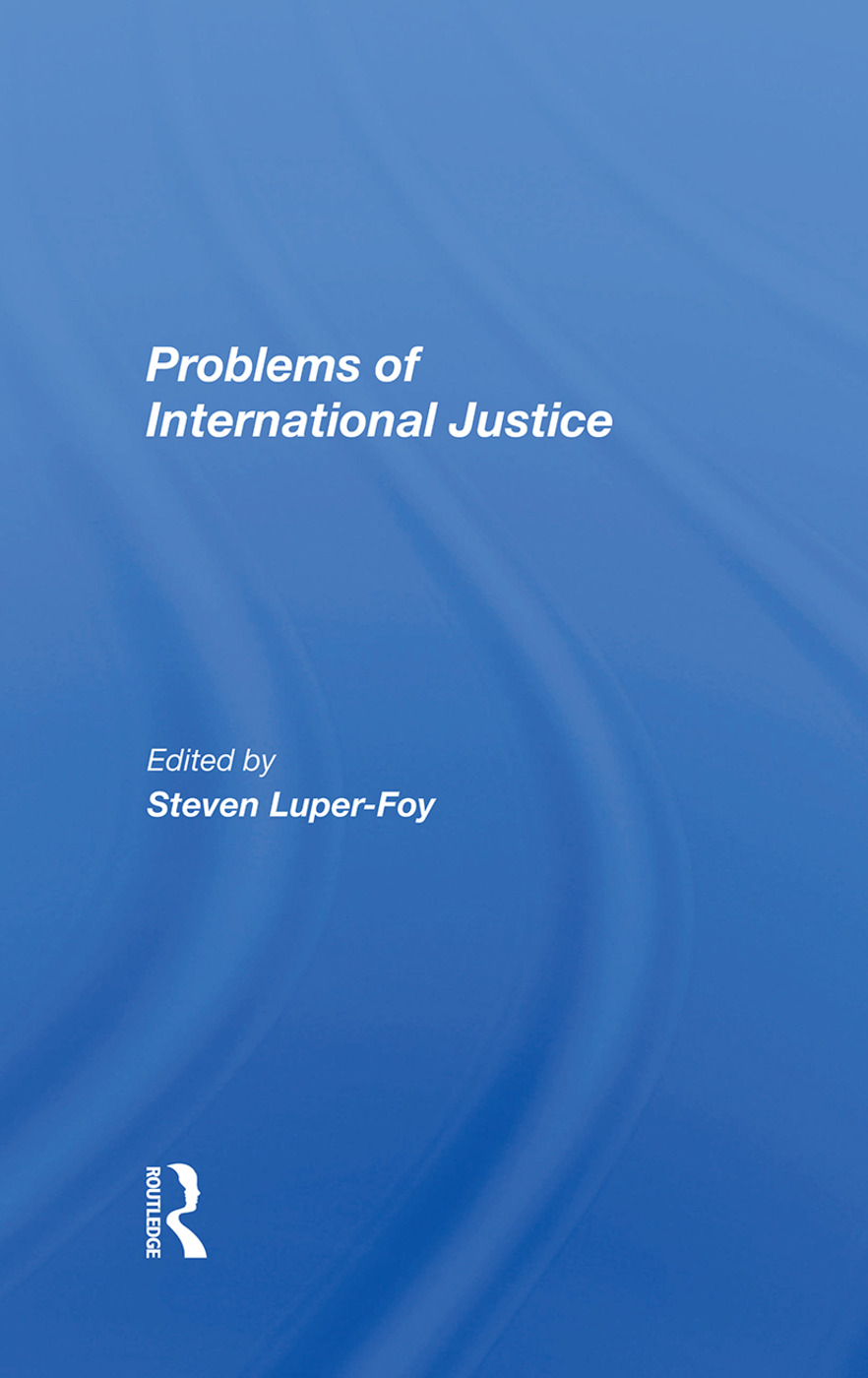 When the topic of international justice did arise, discussion rarely got beyond recommendations about how nations could avoid war, as well as suggestions about when a declaration of war was morally justifiable and what sorts of methods might be used in the course of a justifiable war the topics of so-called just-war theory. Such is no longer the case.To be sure, just-war theory is reaching greater states of sophistication,much of it focused around Michael Walzer's book Just and Unjust Wars.Excerpts from Walzer's book appear here, in Part Two, along with a set of newly written chapters that deal with issues arising from the use of violence among nations. The topics of these chapters are foreign interventionism and states' rights, deterrence and the threat of nuclear reprisal, and terrorism.But issues of international justice other than just-war theory have been discussed by an an ever-increasing group of twentieth-century scholars. These issues deal with what might be called (for lack of a better term) distributive justice, which concerns the distribution of the world's natural resources and the goods produced by laborers across the world, as well as the duties,rights, and liberties possessed by individuals. How such items ought to be distributed within nation-states has been discussed extensively by social and political philosophers. Only in recent years has any attention been paid to the proper distribution of goods internationally. The chapters in Part One all do so. With one exception, all of these chapters are written for this volume. The exception is an excerpt from Charles Beitz's book PoliticalTheory and International Relations, Part Three of which is reproduced here almost in its entirety. The other chapters in this part are devoted to the topics of justice and the distribution of the world's resources, the obligation to assist the needy, the responsibilities of international corporations, and justice and the global environment.

Steven Luper-Foy is associate professor and chair of the Department of Philosophy at Trinity University. He is editor of The Possibility of Knowledge (1987) and guest editor of an issue of Synthese covering the internalismjexternalism controversy -.in epistemology.