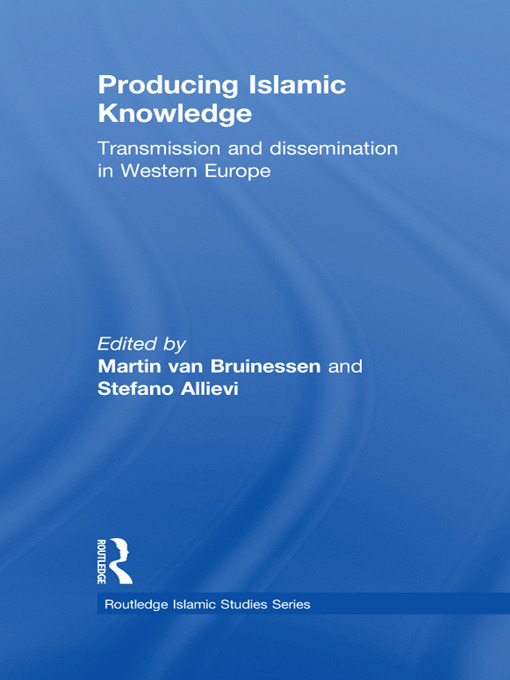 How do Muslims in Europe acquire discursive and practical knowledge of Islam? How are conceptions of Islamic beliefs, values and practices transmitted and how do they change? Who are the authorities on these issues that Muslims listen to? How do new Muslim discourses emerge in response to the European context?

This book addresses the broader question of how Islamic knowledge (defined as what Muslims hold to be correct Islamic beliefs and practices) is being produced and reproduced in West European contexts by looking at specific settings, institutions and religious authorities. Chapters examine in depth four key areas relating to the production and reproduction of Islamic knowledge:

Featuring contributions from leading sociologists and anthropologists, the book presents the findings of empirical research in these issues from a range of European countries such as France, Italy, the Netherlands and Great Britain. As such it has a broad appeal, and will be of great interest to students and scholars of Islamic studies, anthropology, sociology and religion.

Martin van Bruinessen holds the chair of Comparative Studies of Contemporary Muslim Societies in the Department of Theology and Religious Studies, Utrecht University. He was one of the founders and an academic staff member of the International Institute for the Study of Islam in the Modern World (ISIM), where he co-ordinated the research programme on the Production of Islamic Knowledge in Western Europe.

Stefano Allievi is researcher at the University of Padua where he also teaches sociology. He specialises in migration issues, sociology of religion and cultural change, with a particular focus on the presence of Islam in Italy and Europe.