Psychoanalysis Beyond the End of Metaphysics
Thinking Towards the Post-Relational 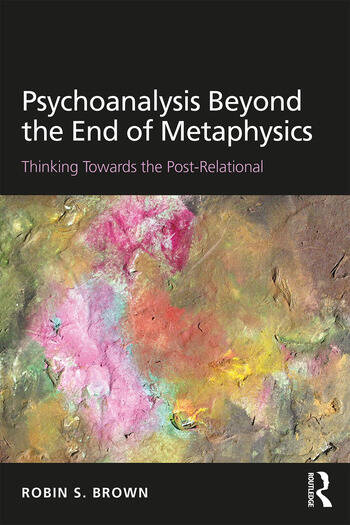 Psychoanalysis Beyond the End of Metaphysics: Thinking Towards the Post-Relational

Psychoanalysis Beyond the End of Metaphysics offers a new paradigm approach which advocates reengaging the importance of metaphysics in psychoanalytic theorizing. The emergence of the relational trend has witnessed a revitalizing influx of new ideas, reflecting a fundamental commitment to the principle of dialogue. However, the transition towards a more pluralistic discourse remains a work in progress, and those schools of thought not directly associated with the relational shift continue to play only a marginal role.

In this book, Robin S. Brown argues that for contemporary psychoanalysis to more adequately reflect a clinical ethos of pluralism, the field must examine the extent to which a theoretical commitment to the notion of relationship can grow restrictive. Suggesting that in the very effort to negotiate theoretical biases, psychoanalytic practice may occlude a more adequate recognition of its own evolving assumptions, Brown proposes that the profession’s advance requires a return to first principles. Arguing for the fundamental role played by faith in supporting the emergence of consciousness, this work situates itself at the crossroads of relational, Jungian, and transpersonal approaches to the psyche.

Psychoanalysis Beyond the End of Metaphysics

will be of significant interest to all psychodynamically oriented clinicians, alongside scholars of depth psychology and the philosophy of mind. It will also be helpful to advanced and postgraduate students of psychoanalysis seeking to orient themselves in the field at present.

Robin S. Brown, Ph.D, is a psychoanalytic clinician, and a member of adjunct faculty for the clinical psychology department at Teachers College, Columbia University. He lives and works in New York City. 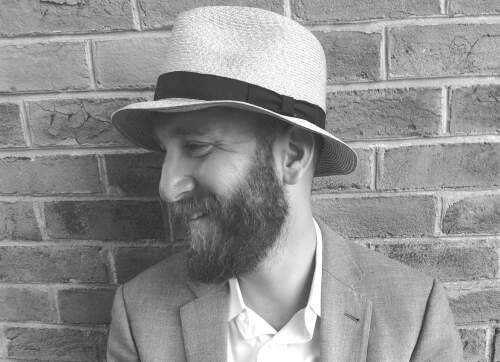 "In this penetrating and sophisticated critique, Brown challenges relational thinkers to examine the ways in which their understanding of metapsychology has resulted in retaining an overly narrow and restrictive set of relational values that betray an underlying commitment to philosophical materialism. Although founded on pluralism and critical eclecticism, relational theory continues to marginalize other approaches such as the Jungian and transpersonal schools. This subtle philosophical study will be of interest to all those interested in the implications of relational theory and spirituality."-Lewis Aron, Ph.D, ABPP, Director of the New York University Postdoctoral Program in Psychotherapy & Psychoanalysis, past president of the Division of Psychoanalysis (39) of the APA.

"A powerful, incisive critical analysis of the state of contemporary psychoanalysis. Robin Brown persuades with passionate intelligence for a return to first principles as the basis for a much needed, broader, more inclusive approach to the psyche. A welcome new voice on the analytic scene."-Joe Cambray, Ph.D, Provost at Pacifica Graduate Institute, past-President of the International Association for Analytical Psychology, author of Synchronicity: Nature and Psyche in an Interconnected.

"Scholarly, rigorous, and theoretically sophisticated, Robin Brown’s Psychoanalysis Beyond the End of Metaphysics is a groundbreaking application of participatory thinking to contemporary psychoanalysis—one that leads to the emergence of a novel post-relational approach to psychoanalytic theory and practice. Brown shows how contemporary psychoanalysis can embrace a creative pluralism capable of successfully navigating between both metaphysical certainties and the exhausted relativisms of postmodernity."-Jorge Ferrer, Ph.D, Professor of East-West psychology with the California Institute of Integral Studies, author of Revisioning Transpersonal Theory: A Participatory Vision of Human Spirituality.

"This book genuinely breaks new ground. Perhaps more accurately, Robin Brown has reimagined a grounding, a communal space, and a common ground in which individuality and relationality co-mingle. He argues that such a project, if genuinely to avoid the polarities that limit psychoanalysis in every direction, must be grounded in ethics and in faith.This daunting task seems at the same time absolutely necessary and this book makes a compelling and rigorous contribution to this project."-Adrienne Harris, Ph.D, faculty and supervisor with the New York University Postdoctoral Program in Psychotherapy & Psychoanalysis, and author of Gender as Soft Assembly.

"Equipped with an impressive array of sources, philosophical ideas and traditions, including those of the philosophy of mind, metaphysics, and German idealism, Brown confidently exposes the limitations of some of the basic assumptions in relational theory and psychoanalytic practice. Rather than abandon such theories on this basis, Brown proffers a compelling argument to resituate them within a broader and more efficacious framework, one that reinforces the validity of the psychoanalytic profession and its capacity to incite social change. This work is a significant contribution to the debate about the value of psychoanalytic theory and practice today."-Lucy Huskinson, Ph.D, School of Philosophy & Religion, Bangor University, UK and co-Editor-in-Chief of the International Journal of Jungian Studies.

"Brown points the way beyond decades of stagnation. He brings to the table an eclectic tonal range—from the history of German Idealism, to relational, Lacanian and Jungian psychoanalysis. Yes, you heard right—Jung! For those of us who have been dismissive of Jung, Brown’s guidance shows us what a series of misapprehensions we have colluded in; how Jung’s work might open up the eternally recurrent impasse between subjectivity and objectivity, as well as, our ethical responsibility as clinicians to both the individual and the wider world."-Jamieson Webster, Ph.D, adjunct faculty with the New School, and author of The Life and Death of Psychoanalysis.

"Following the thread of contemporary psychoanalytic dialogues, Robin Brown, in a courageous, intelligent and nuanced manner, finds his way to the edges between different schools and perspectives of analytic thinking. Challenging yet respectful, Brown expands our psychoanalytic vision beyond orthodoxies and recovers marginalized voices, neglected or repressed by the dominant traditions. Going beyond simple criticism, he articulates a creative, post-relational view of psychoanalysis, in touch with and grounded in philosophical foundations too often ignored or taken for granted in most schools of analysis. Those interested in the current thinking about psychoanalysis, from curious beginners to seasoned analysts and scholars, will find in this book an important, refreshing and challenging perspective."-Stanton Marlan, Ph.D, ABPP, president of the Pittsburgh Society of Jungian Analysts and senior clinical supervisor at Duquesne University.

"If the field of psychoanalysis is to evolve, it must expand its scope of reference and be willing to engage in critique. Brown succeeds admirably in advancing this goal and brings much needed attention to how philosophy can be a boon for the discipline."-Jon Mills, Psychoanalytic Psychology.

"Psychoanalysis Beyond the End of Metaphysics is refreshing in the way it delves headlong into complex theoretical concepts and questions."-S. Montana Katz, Journal of the American Psychoanalytic Association.

"This is a work for everyone who cares about their psychotherapeutic practice. It ought to be set reading for any psychoanalytic education or clinical training."-Susan Rowland, International Journal of Jungian Studies.