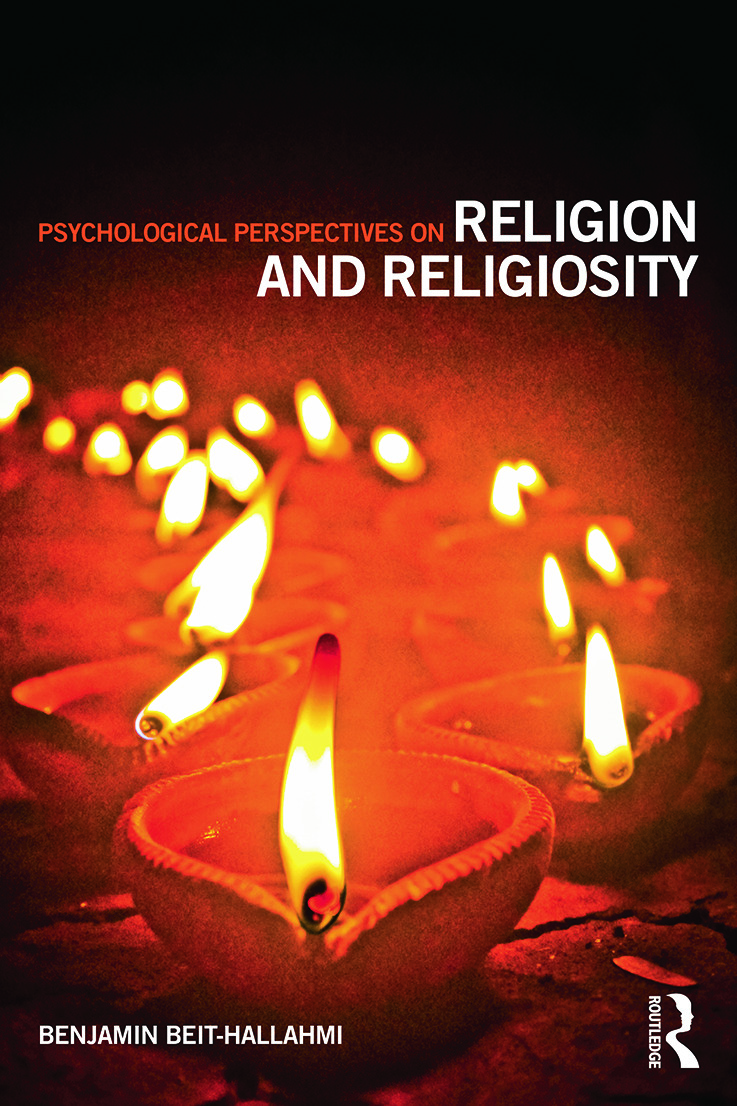 Psychological Perspectives on Religion and Religiosity

Is religion to blame for deadly conflicts? Should religious behaviour be credited more often for acts of charity and altruism? In what ways are religious and ‘spiritual’ ideas, practices and identities surviving and changing as religion loses its political power in those parts of the world which are experiencing increasing secularization?

Psychological Perspectives on Religion and Religiosity

will be invaluable for academic researchers in psychology, sociology, anthropology, political science, economics, and history worldwide. It will also be of great interest to advanced undergraduate students and graduate students across the social sciences.

"Benjamin Beit-Hallahmi is an eminent scholar in the psychology of religion and has made significant contributions to the field. Addressing a number of important areas, and written in a style that will be accessible both to students and academics, the book will be of value to a wide audience interested in psychology and religion." - W. Paul Williamson, Department of Psychology, Henderson State University, USA

"This is a comprehensive review of research in and relevant to the psychology of religion over the past century. Beit-Hallahmi draws on social and evolutionary psychology, psychoanalysis, anthropology and sociology for important and recent work on such topics of current interest as origins of religion, religious identity, conversion, and secularization." - Wayne Proudfoot, Department of Religion, Columbia University, USA

"This highly readable and authoritative text places the new twenty-first century psychology of religion in dialogue with other scientific disciplines concerned not with answering religious questions, but with understanding the nature of religion itself. It is authoritative and essential reading." - Ralph W. Hood Jr., Department of Psychology, University of Tennessee at Chattanooga, USA

"[This book] is highly recommended. It reflects Professor Beit-Hallahmi's enlightened and seasoned perspective (from the Holy Land nevertheless) as to what is important to know about the psychological perspectives on religion and religiosity. It would be a good supplemental text for many different courses including psychology of religion, religious studies and theology." - Jay R. Feierman, in ESSAT News & Reviews

Benjamin Beit-Hallahmi is Professor of Psychology at the University of Haifa, Israel