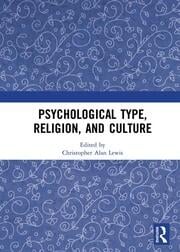 The book attests to the importance of Jungian Psychological Type theory in understanding individual differences in religiosity within a variety of samples. Authored by a wide range of international scholars, employing a wide range of measures, among diverse samples and in a variety of different cultures, this research provides an important contribution to current and future research. It facilitates future research work in the area outside of the white, Anglo-Saxon, Anglophone, Christian context on which it has traditionally been focused. This book was originally published as a double special issue of the Mental Health, Religion & Culture journal.

Christopher Alan Lewis is Professor of Psychology and the Director of the Alister Hardy Religious Experience Research Centre at Glyndŵr University, Wrexham, UK. He is also a Distinguished Visiting Professor at Bashkir State University, Ufa, Russia. He is co-Editor of the Mental Health, Religion & Culture journal.