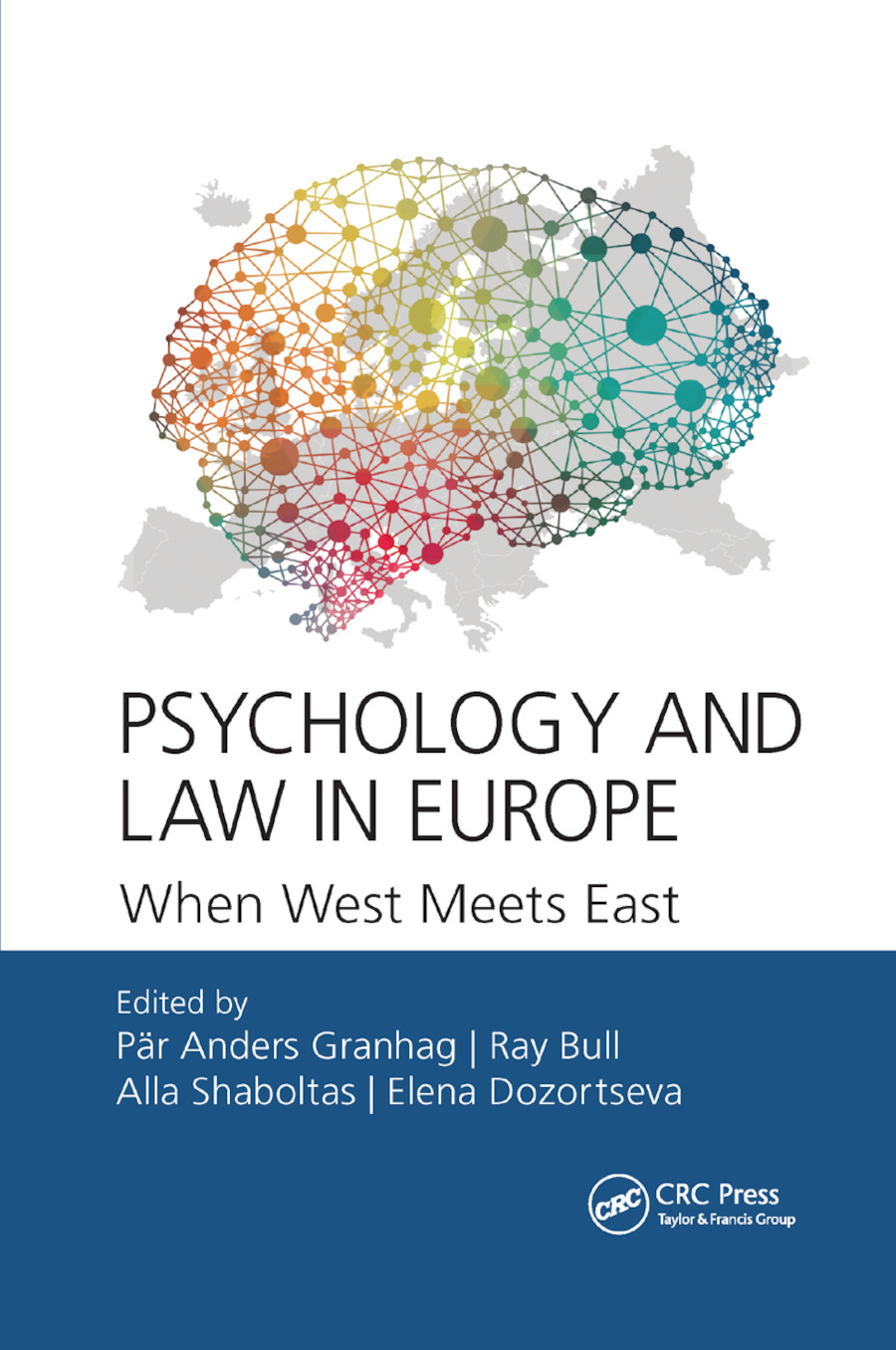 Psychology and Law in Europe

Offering carefully curated articles from the European Association of Psychology and Law(EAPL), this book features chapters from a truly international group of scholars. This text is the first of its kind to offer insights into current developments in psychology and law in Russia. The field of psychology and law has a very long and strong tradition in Russia, but very little is known, as Russian scholars rarely publish their works in English. The volume also contains state-of-the-art chapters on topics at the very core of psychology and law, including offender profiling, lie detection, crime linking, false memories, and witness interviewing.

Psychology and Law in Europe: When West Meets East

is a text of interest for students of psychology, law, or criminal justice, as well as scholars and practitioners in the field. This text offers a window into global advances in psychology and law.

1. Forensic and criminal psychology in Russia: History of development and current

2. Legal consciousness: The nervous chord of a legal system

3. The origin of the paternalistic tradition in Russian social consciousness

4. Lay thinking about sexual murderer and victim in groups of young Russian men and women

6. Victims or "fighters"? Narratives of abused women who killed their male intimate partners

7. Mock jurors’ understanding of forensic science and its perceived importance in judicial processes

9. Problem personalities in the workplace: Development of the Corporate Personality Inventory

10. How moral emotions affect the probability of relapse

13. The eye-closure interview: the practical utility of instructing eyewitnesses to close their eyes

A. Vrij and G. Nahari

Pär-Anders Granhag, PhD in Psychology (Gothenburg University), currently holds a full-time position as Professor of Psychology at Gothenburg University, and is affiliated with the Norwegian Police University College and the University of Oslo (Department of Psychology). His scientific publications include more than 250 items, 135 of them papers published in international peer-reviewed journals (the majority on deception detection). Granhag has published papers in journals such as Journal of Applied Psychology, Current Directions in Psychological Science, Law and Human Behavior, Psychology, Public Policy and Law, and Psychological Science in the Public Interest. His work has been cited more than 4,500 times (H-factor 36).

Ray Bull is Professor of Criminal Investigation at The University of Derby. In 2014 he became (for three years) President of the European Association of Psychology and Law. In 2012 he was made the first Honorary Life Member of the International Investigative Interviewing Research Group. In 2010 he was elected an Honorary Fellow of the British Psychological Society for the contribution made to the discipline of psychology (this honor is restricted to 40 living psychologists). In 2008 he received from the European Association of Psychology and Law the Award for Life-time Contribution to Psychology and Law. In 2005 he received a Commendation from the London Metropolitan Police for innovation and professionalism while assisting a complex rape investigation. He regularly acts as an expert witness and conducts workshops/training on investigative interviewing.