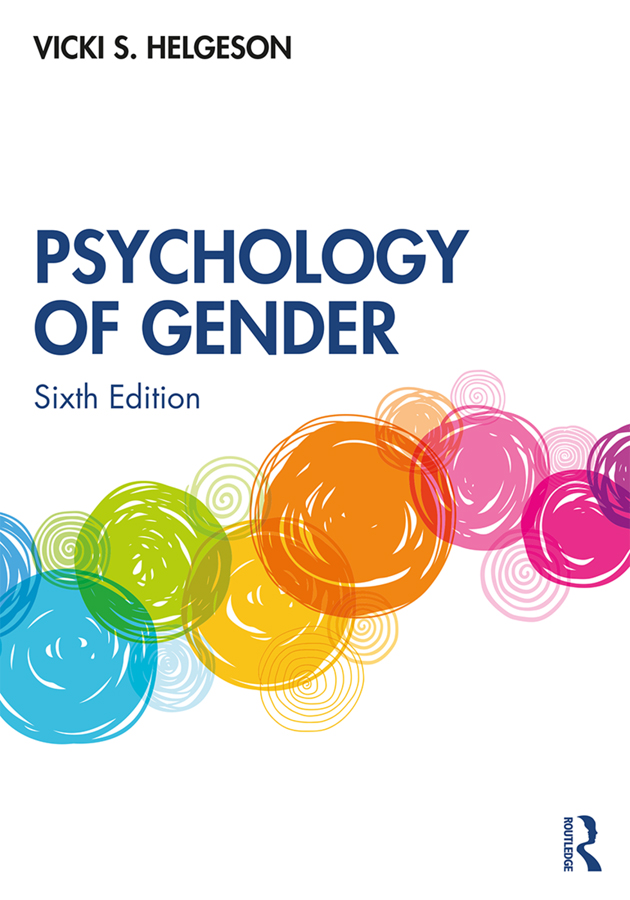 Noted for its fair and equal coverage of men and women, Psychology of Gender reviews the research and issues surrounding gender from multiple perspectives, including psychology, sociology, anthropology, and public health. Going far beyond discussions of biological sex and gender identity, the text explores the roles that society has assigned to females and males and the other variables that co-occur with sex, such as status and gender-related traits. The implications of social roles, status, and gender-related traits for relationships and health are also examined.

The text begins with a discussion of the nature of gender and development of gender roles, before reviewing communication and interaction styles and how they impact our friendships and romantic relationships. It concludes with an exploration of how gender influences both physical and mental health.

New to the 6th Edition:

Accompanied by a comprehensive companion website featuring resources for students and instructors, alongside extensive student learning features throughout the book, Psychology of Gender is an essential read for all students of Gender from Psychology, Women’s Studies, Gender Studies, Sociology, and Anthropology.

"Psychology of Gender is an enjoyable, scientifically rigorous, thorough, exploration of the multifaceted discipline of gender psychology. It engages readers to think critically using a comprehensive evaluation of evidence-based knowledge from empirical research in the field, and also values the wisdom gained through people’s lived experience. Helgeson’s intersectional perspective acknowledges that gender interacts with race, class, sexuality, ability, age, and culture, and that these aspects of people’s identities, and the potential sources of their oppression, are experienced simultaneously, and markedly impact their relationships, education, work lives, and health." - Lauren Korfine, Cornell University, USA

"Psychology of Gender offers an even-handed approach to this relevant and highly-charged area of study. While giving an overview of ideology, it stands its ground by providing an ideal blend of science and theory."

"Using a range of unique analyses throughout her text, Helgeson provides an accessible and insightful discussion of the key debates currently being had in the psychology of gender. Whether you’re an undergraduate student, postgraduate student, or a scholar already in the field, this text is a valuable resource, providing numerous, often interactive, activities which foster positive learning in this area of study."

Vicki S. Helgeson is Professor of Psychology and Director of the Gender, Relationships, and Health Lab at Carnegie Mellon University.